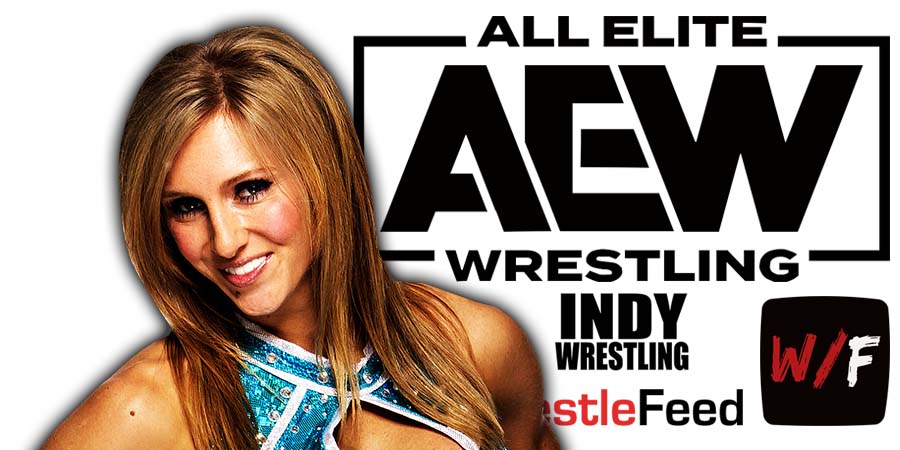 Former NXT & United States Champion Andrade was granted his release from WWE in March 2021 and joined Tony Khan’s All Elite Wrestling in June, where he now performs under the ring name Andrade El Idolo and is managed by Old School WCW/WWF Veteran Chavo Guerrero Jr.!

According to the Wrestling Observer, Andrade wants to get his fiancee Charlotte Flair and ‘Nature Boy’ Ric Flair (who has also been granted his WWE release recently) to join AEW as well:

“Andrade has told people that he wants the whole family there. And by the family, it’s, you know, RUSH, Bestia, Dragon Lee, him, Ashley [Charlotte], Ric, that’s what he wants.

Ashley, you know, I don’t know her. I’m certainly not going to speak for her, I sense that she wants to be in WWE, that it’s the big leagues to her.”

Today would have been the 57th birthday of Old School WWF Attitude Era Diva Nicole Bass.

At WWF WrestleMania XV in 1999, she made her World Wrestling Federation debut as the female bodyguard of Women’s Champion Sable.

During Nicole’s final days with the promotion, she was in a team with fellow WWF Diva Ivory, before leaving the promotion for good.