On tonight’s episode of Raw after WrestleMania 33, former Raw Tag Team Champions The New Day came out and noted that they want to beat someone down.

The New Day then issued an open challenge to any tag team to come out and face them.

This led to former two time NXT Tag Team Champions The Revival coming out to face The New Day! This is The Revival’s WWE main roster debut. They were a part of the Triple Threat elimination match for the NXT Tag Team Titles at NXT TakeOver: Orlando during the WrestleMania 33 weekend. 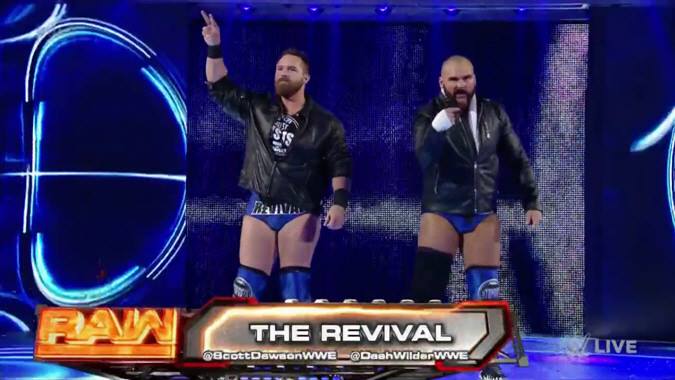 The Revival debuts on Raw after WrestleMania 33

They went on to defeat The New Day by hitting Xavier Woods with the Shatter Machine. They attacked Kofi Kingston after the match and injured his leg.

The landscape of the Raw Tag Team Division has changed!