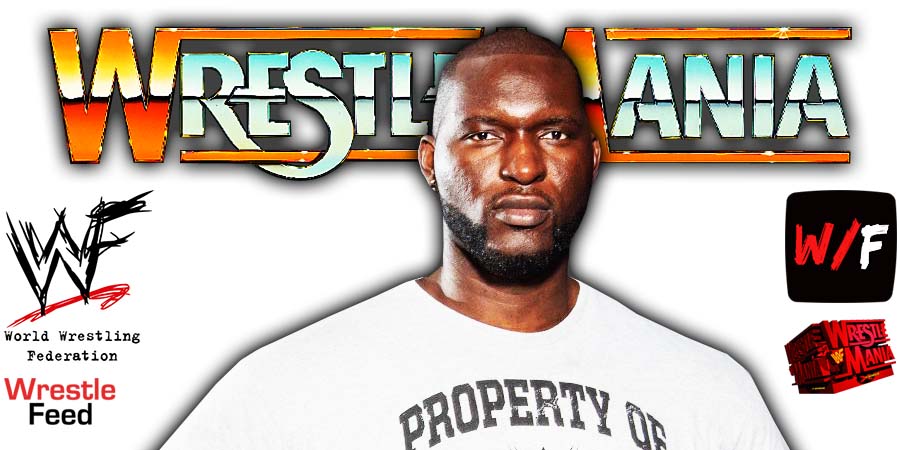 Former RAW Tag Team Champion Omos is going to have a singles match at WrestleMania 38.

Wrestlevotes reported the following about it:

“Source states, as of now, Omos is indeed getting a singles WrestleMania match. And his opponent may surprise some people…

It’s not Veer. Or Cody for that matter.”

According to Fightful Select, former 2-time WWE Champion “The All Mighty” Bobby Lashley will return to face Omos at WrestleMania 38.

Lashley is currently out of action due to a shoulder injury. He suffered this injury at Royal Rumble 2022, where he defeated Brock Lesnar to win the WWE Championship.

Lashley lost the WWE Title during the Elimination Chamber match, where he was taken out of the match with an injury angle.

Speaking of Omos, he defeated Commander Azeez on last week’s RAW. On Tonight’s RAW, he defeated Apollo Crews & Azeez in a 1-on-2 Handicap Match.

Also Read: Update On How Many Tickets WWE Has Sold For WrestleMania 38 So Far