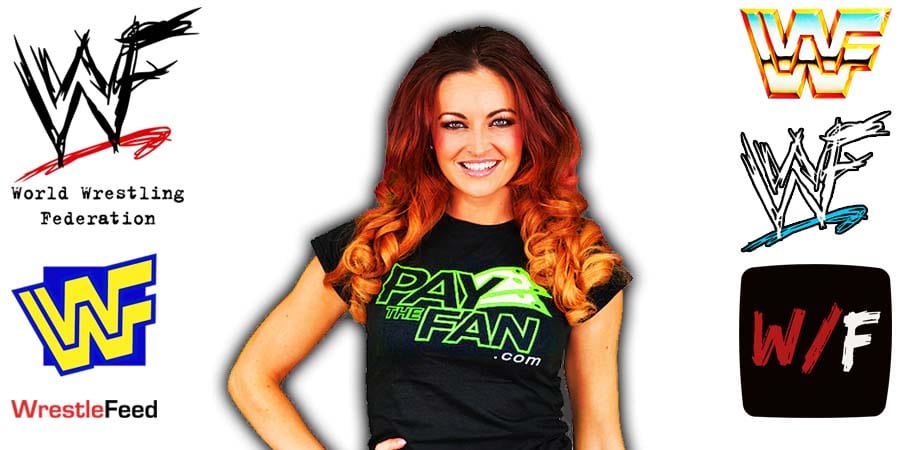 Ruthless Aggression Era Diva Maria Kanellis recently appeared on the Wrassingh Show, where she bashed WWE for not paying her enough and refusing to give her a raise in 5 years during her original 2005-2010 run with the company.

“WWE has been, they’ve always been that way about your personal projects. And now it’s really starting to come to light with Twitch, with Cameo and all of that kind of stuff.

But even back then when it came to my music or me trying to go and do acting things or even going on auditions, WWE wanted to have control over that. And I just, I wasn’t interested in that, especially with how much they wanted to pay me!

I hadn’t had a raise in 5 and a half years, so I asked for a raise and then they didn’t want to give me one! So like, it was just weird that I was working just as much as the top guys were, but I wasn’t even paid one tenth what they were.

For me it just wasn’t reasonable, like you shouldn’t stay in a relationship that is so one-sided and that’s how it felt for me was just them taking from me while I wasn’t getting enough in return.

I mean, it just wasn’t a favorable time in my life financially or just like personally.”