The biggest event of the summer, WWE SummerSlam 2018 is less than 20 days away but WWE still has to announce some more matches and build up the big ones. Some exciting bouts like Brock Lesnar vs. Roman Reigns for the Universal Title and AJ Styles vs. Samoa Joe for the WWE Title are set to take place on the show.

It will be interesting to see how WWE books Brock Lesnar now. Will he be with Paul Heyman or without him? The chances look pretty low after what the Universal Champion did to Heyman last night on RAW.

According to WrestleVotes, there is a feeling backstage that there’s a lack of excitement heading into WWE’s second biggest show of the year. WWE will be trying its best throughout the road to SummerSlam 2018 to hype the event as much as possible.

There’s a feeling backstage within some that SummerSlam is lacking excitement so far with the event just 20 days away. I would look for RAW to try and add some juice to SummerSlam tonight. Let’s just hope it’s not another tug of war between Roman & Brock….

Hopefully, some big things happen in the coming weeks which increase the excitement for SummerSlam 2018 PPV among the fans.

Below are the matches that have been announced for SummerSlam 2018 so far:

Big Cass was fired from WWE earlier this year. But he’s not done with wrestling. He’ll be making his return, this time on the indy scene, at a Big Time Wrestling event on September 21st at the Spartanburg Memorial Auditorium in Spartanburg, SC.

The following names are also advertised for this Big Time Wrestling show: 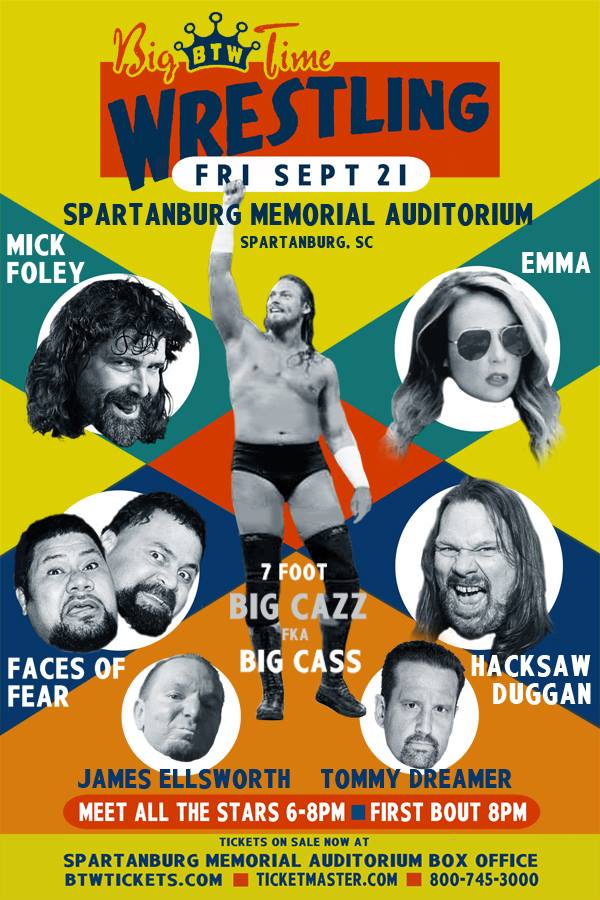