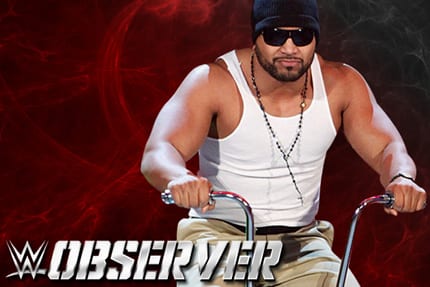 Let us take a look at the Top 3 Stories Of The Hour:

TNA taped its March 27th and April 3rd episodes of Impact Wrestling. During the tapings, Rockstar Spud wrestled Low Ki in an X Division title match, and retained his title.

During the match, Drew Galloway (f.k.a Drew McIntyre in WWE) brawled with The BDC. MVP then cut a promo on Galloway and had a few words for him.

Camacho and Shaun Ricker then came out to help Drew. They called themselves The Rising.

Camacho’s last feud in WWE was against Adam Rose in NXT. His last WWE match was at NXT TakeOver against Rose where he lost the match and was later released from his WWE contract.

Please press “Next” to read the next story of the hour.