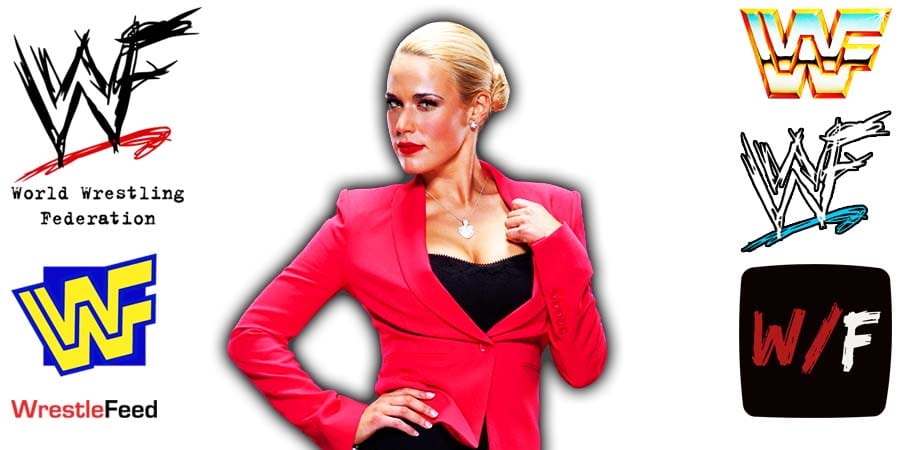 Former WWE wrestler Lana, the real-life wife of AEW Superstar Miro (fka Rusev in WWE), recently appeared as a guest on WWF Legend Chris Jericho’s regular ‘Talk Is Jericho’ podcast, where she said that the fan reactions on the WWE ThunderDome video screens are rigged.

Here’s what C.J. Perry had to say:

So many people have gotten over because in one city, some chant started that you were trying to get over, it hooks, and then people on television see and they keep doing it. I know they’ve clipped in other ones. They definitely do the boos and the cheers.”

This was pretty obvious to many fans, as WWE plays a very in-sync “You Suck” chants for Universal Champion Roman Reigns, now that he’s a heel. Similarly, WWE also pipes in a lot of cheers for the babyfaces.

This episode was broadcasted from the Blue Cross Arena in Rochester, New York and featured matches, interviews & storyline segments on the road to the ‘WWE Vengeance 2003’ PPV.

3. US Title Tournament – Round 1: Billy Gunn vs. John Cena