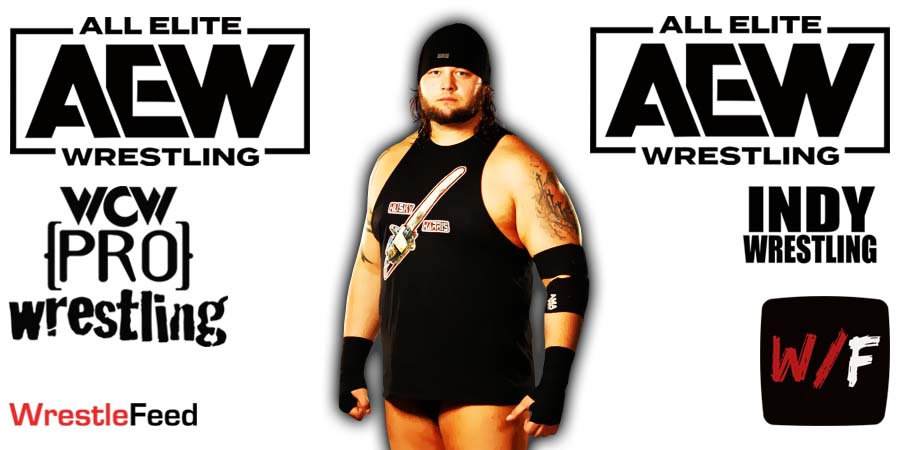 There’s tension going on between the members of the Dark Order stable in AEW, and All Elite Wrestling is teasing a new leader for this group.

There are rumors going on that former WWE & Universal Champion Bray Wyatt will be revealed as the new leader of Dark Order, and it could happen on this week’s episode of Dynamite.

This Wednesday’s Dynamite will air live from the Blue Cross Arena in Rochester, NY, the hometown of late Brodie Lee (who was the leader of Dark Order).

According to the Wrestling Observer, Impact Wrestling has shown interest in signing Wyatt, but if Wyatt decides to sign with AEW, he can debut for the company even before his 90-day non-compete clause expires.

Wyatt has an option in his WWE contract that he can waive the non-compete clause and not the take money from WWE.

“Everything will be clear.

I’ll see you all very soon.

Revenge is a confession of pain.”

It was pre-taped at the Madison Square Garden in New York City, New York and featured matches, interviews & storyline segments on the road to the ‘WWF In Your House 18: Badd Blood’ PPV.

1. Vader & The Patriot vs. The Godwinns

3. Los Boricuas vs. The New Blackjacks

It included matches featuring the SmackDown! Superstars on the road to the ‘WWE No Mercy 2003’ PPV.