Jessamyn Duke had a short stint on the WWE main roster, when she fought on the short-lived RAW Underground.

She was released from WWE in 2021. She is a part of the 4 Horsewomen of MMA (which also include Ronda Rousey, Shayna Baszler & Marina Shafir).

If you don’t know Jessamyn, she’s the first from right (tallest one) in the photo below: 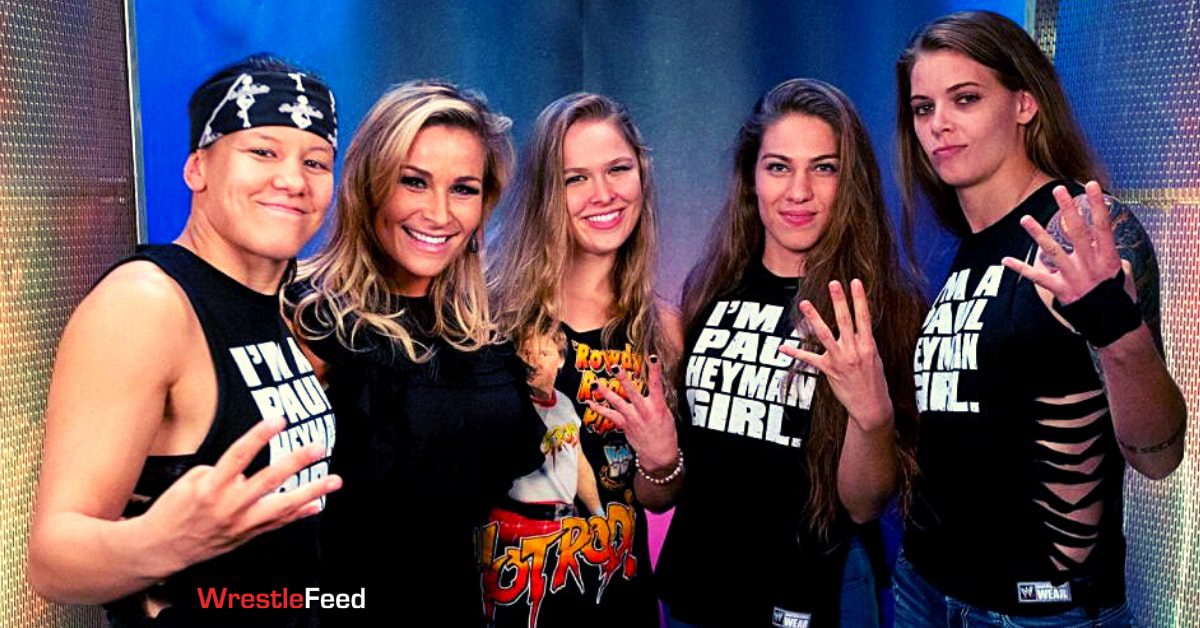 2 Years ago today, Jessamyn made news when she accidentally posted photos of her without clothes on.

Fans managed to take screenshots before she deleted them. You can check it out below: