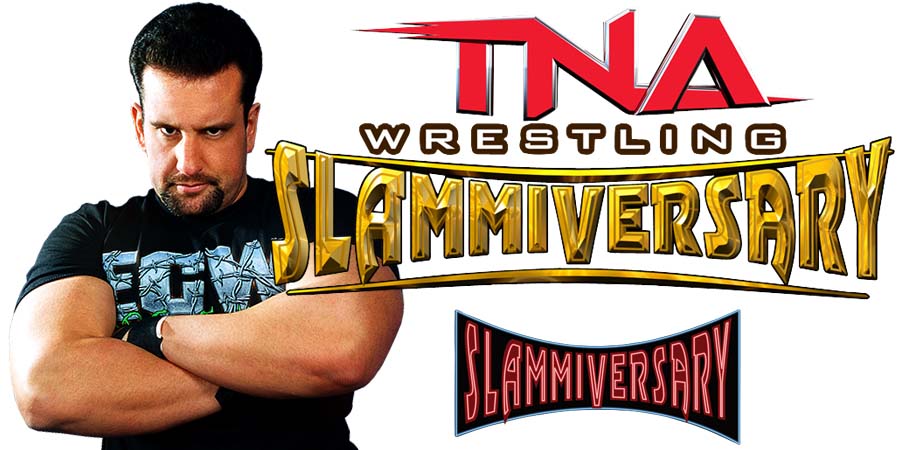 In the main event of the show, Austin Aries successfully retained the Impact Wrestling World Championship by defeating Moose.

Below is a photo of a fan taking a dig at WWE’s Universal Champion Brock Lesnar with his fan sign at tonight’s show: 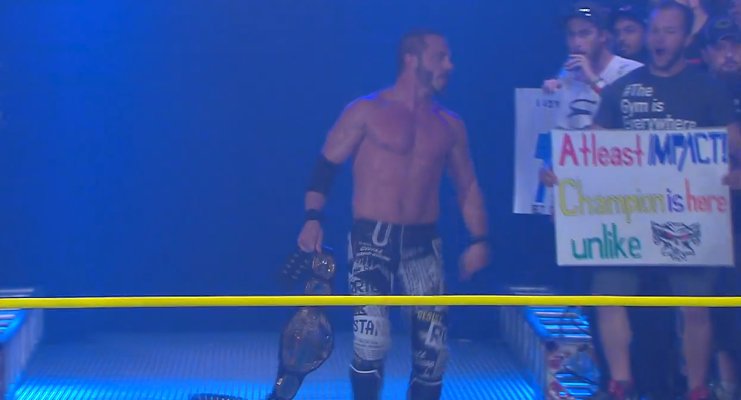 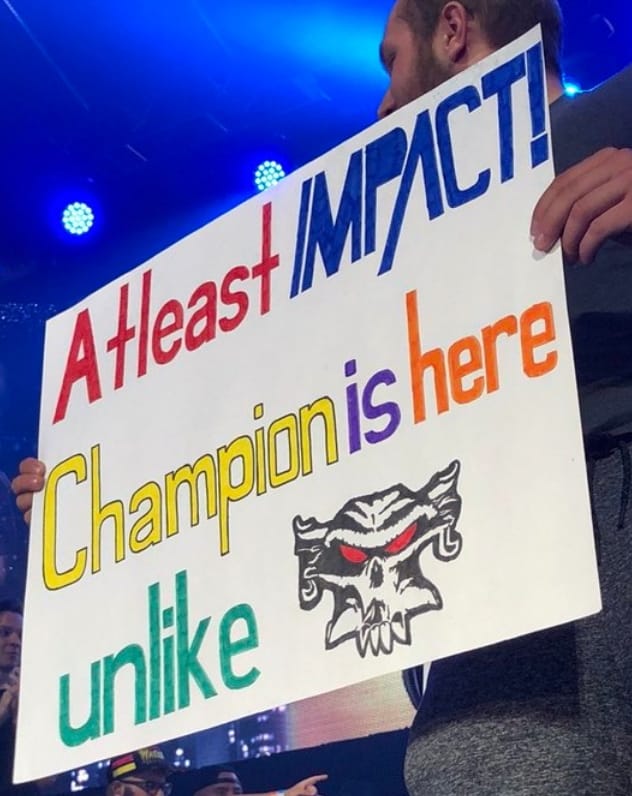 Below are a couple of GIFs of Pentagon Jr. cutting Callihan’s hair:

Below are some other GIFs from the show: