We are saddened to report that former WWE wrestler Ryan Sakoda has passed away at the age of 48.

No information is available regarding the cause of his death yet.

Sakoda signed with WWE in 2003 and made his official debut at the No Mercy 2003 PPV.

He teamed up with Akio (Jimmy Wang Yang) to form the tag team Kyo Dai. They were Yakuza-style henchmen of Tajiri.

If you’ve never seen Sakoda, he’s the one on the right (on Tajiri’s left) in the photo below: 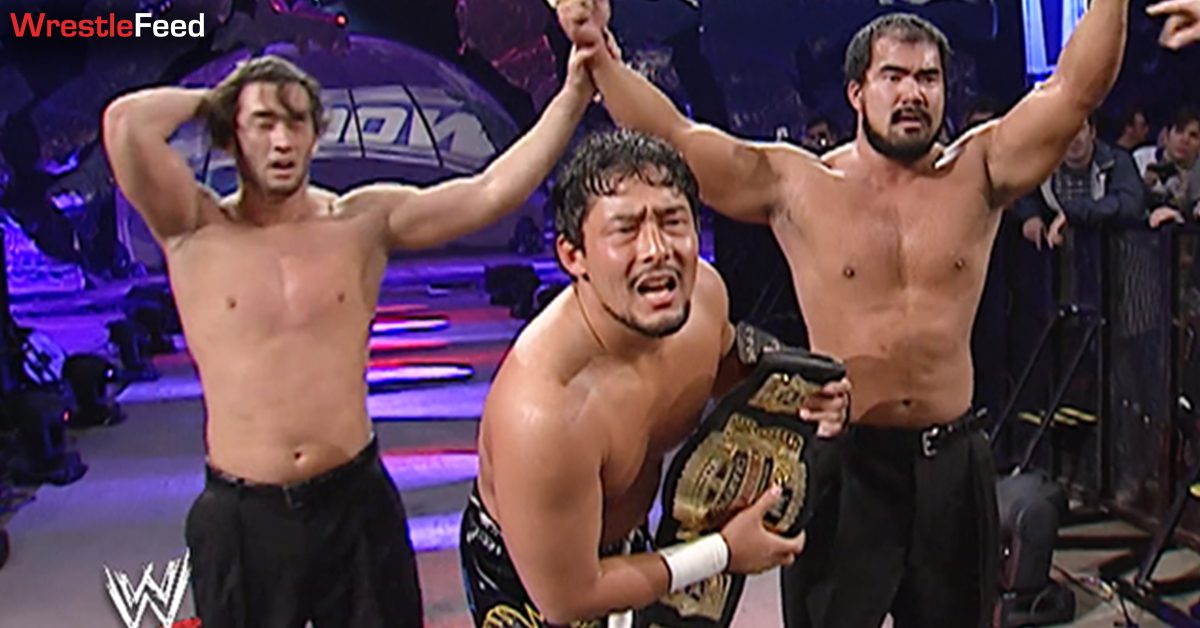 He was released from the company in 2004.

Later on, he became a part of a class action lawsuit against WWE, which alleged that he suffered brain injuries while wrestling for the WWE and that the company tried to conceal this information. This lawsuit was dismissed in 2016.