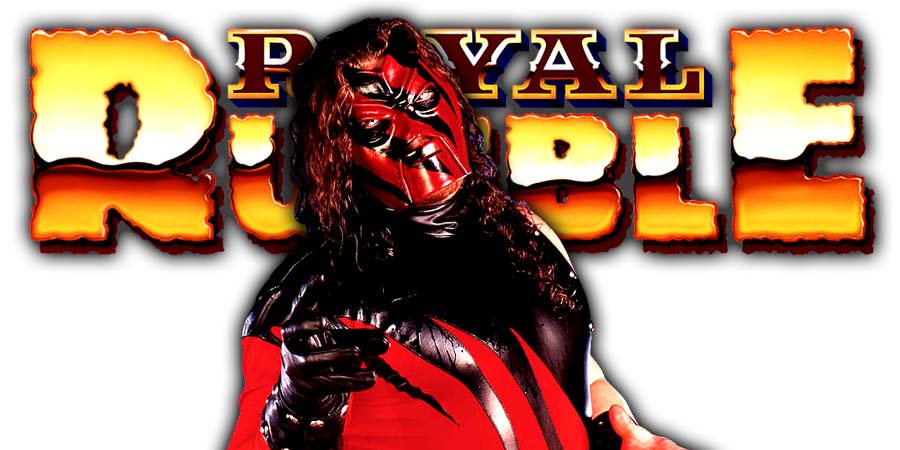 On this day in Pro Wrestling history on January 21, 2001, the World Wrestling Federation aired their annual ‘Royal Rumble’ event LIVE on PPV from the New Orleans Arena in New Orleans, Louisiana.

This marks the 3rd and last time that “Stone Cold” Steve Austin officially won the Royal Rumble match, which is a record that still stands as of today.

As seen on Friday Night SmackDown, former WWF Champion Kane made his return to WWE programming and helped in distracting The Fiend, so Daniel Bryan could attack him from behind.

During his appearance on SmackDown, Kane teased being a part of the Royal Rumble 2020 match and it looks it’s going to happen.

According to PWInsider, Kane will be in Houston, Texas this Sunday and will be a part of the Men’s Royal Rumble 2020 match.

Speaking of the Men’s Royal Rumble 2020 match, the following participants have been announced so far:

WWE Champion Brock Lesnar (entered himself at No. 1)