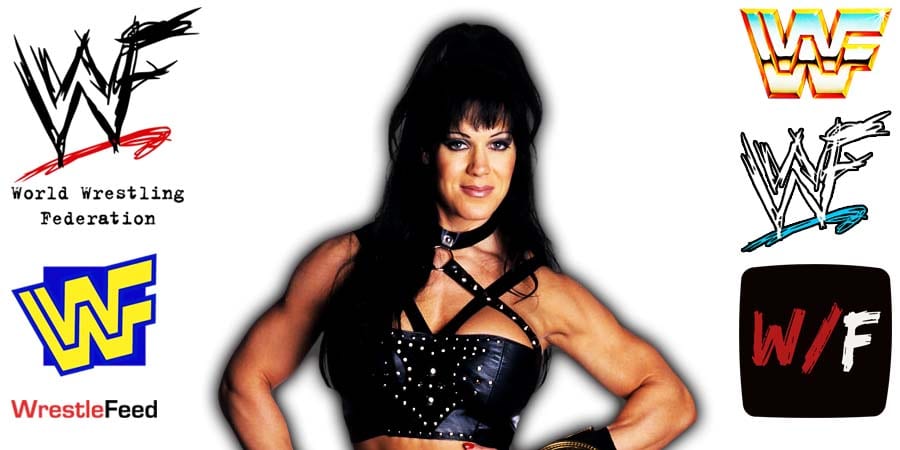 • Former WWF Champion Says Chyna Was Terrible To Work With

During an interview on the True Geordie podcast, WWF Legend Chris Jericho was asked what it was like to work with Chyna during the Attitude Era.

Jericho worked with the “9th Wonder Of The World” in 1999 and he wasn’t a fan of her work.

“Terrible, she was terrible to work with. She wasn’t good but she thought she was. And she was also in a position where she was being pushed really big so she could beat up guys.

She couldn’t, and like I never got that credit. No one ever said I made her look good, it was the other side of the coin.

And she was really stiff too, worked very strong. I’m not talking bad about her, it is just the truth.

When we worked together, it was a solid fight in many ways. I remember one time she got a little bit of a black eye from me, and you would have thought that I cut her arm off with a chainsaw.

I’m like f**k, I didn’t do it on purpose. But what do you expect? It was a tough position for me to be in, it was my first real angle in the WWF, but I did the best that I could.

I hope that I proved some things, but there were a lot of issues with working with her.”

It was pre-taped at the Nassau Coliseum in Long Island, New York and featured pre-taped matches & storyline segments on the road to the ‘WWF Fully Loaded 2000’ PPV.

5. Bull Buchanan vs. The Godfather