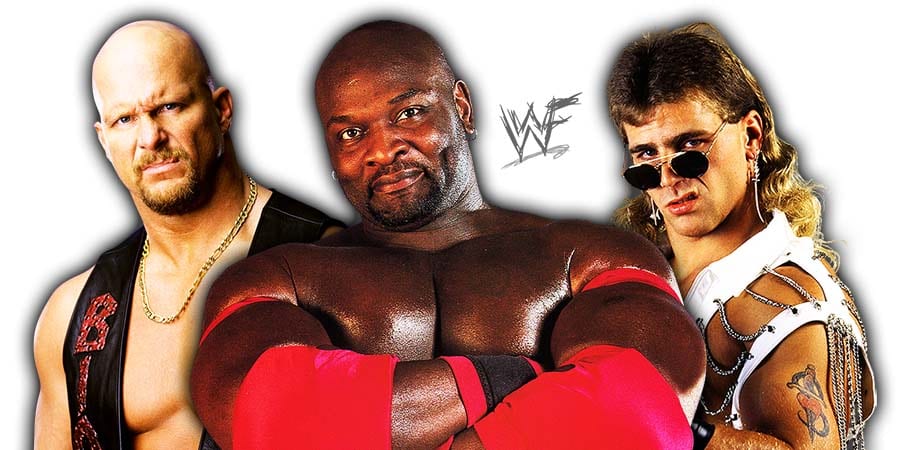 During a recent appearance on ‘Why It Ended’ podcast, former WWF Superstar Ahmed Johnson talked about how Shawn Michaels & Steve Austin’s racism held him back in the World Wrestling Federation.

“I was supposed to work against Shawn (Michaels) for the World Championship, but that kept getting pushed back further and further. There were people getting hurt and different things happening. I believe that if things would have went by the book the way I wanted to I would have probably been World Champion.

I do think that it was behind my back, not just from what Shawn was saying, but some other racist boys were saying, I really do.

Because with the things I heard from some of the boys about what Shawn was saying about handing over the belt to an African American and this, that, and the other. Then when I won the Intercontinental belt, someone scratched, ‘Congratulations Ni**er’ on my car — on my rental car.