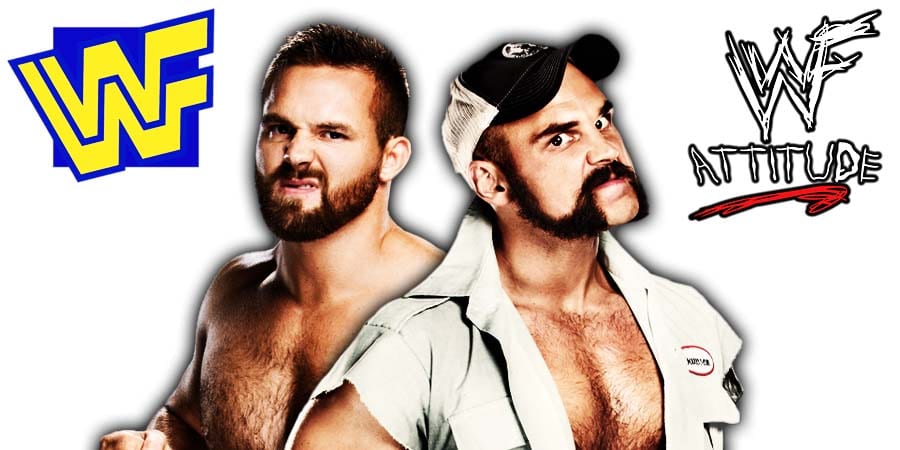 Brock Lesnar was a World Wrestling Federation developmental wrestler, who in 2000 started to wrestle for their developmental promotion Ohio Valley Wrestling down in Louisville, Kentucky, before having his official WWF debut on Monday Night RAW in 2002.

When that didn’t work out (as he only played in several pre-season games), Brock got into the sport of mixed martial arts and eventually became the UFC Heavyweight Champion in 2008.

Despite popular misconception, he’s still considered a huge box-office draw these day, thus clearly justifying the millions of dollars Vince pays him for his stints.

3-Time WWE Tag Team Champions FTR (fka as The Revival) were released from WWE back in April. Dax Harwood and Cash Wheeler are currently working with AEW under a handshake deal.

The two wrestlers were very unhappy about their booking on the WWE main roster, which is why they had asked for their release.

While speaking to Inside The Ropes, Harwood explained why WWE CEO Vince McMahon apologized to them in their last meeting.

Below is what Hardwood said:

“We talked with Vince. Our last meeting with Vince, he apologized because we had been sending all these pitches in and he had never seen them because the writers were too afraid to approach him with different ideas and he apologized for the system being broken.”