The Tribal Chief has held the Title for 565 days now.

During this dominant Title reign, which began on August 30, 2020, Reigns has said the following on multiple occasions:

WWE has released a new God Mode T-Shirt for The Head Of Table, where the full form of God is “Greatness On a Different level”.

You can check out the T-Shirt below: 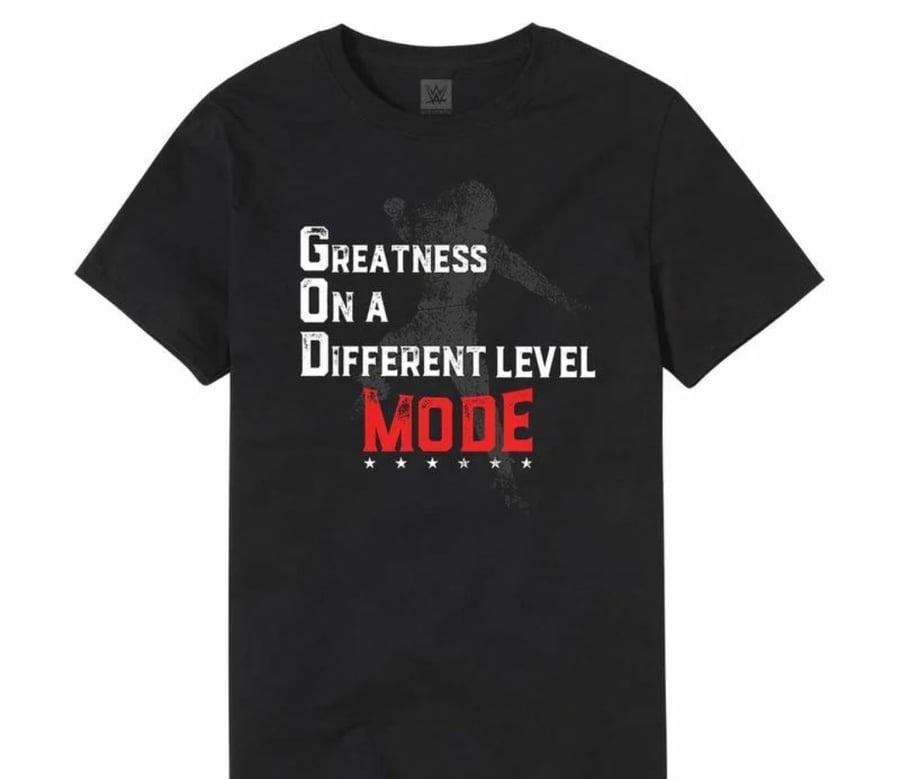 Roman Reigns is the #1 merchandise seller in WWE. Last year, he broke the record for the most merchandise sold by a heel wrestler in WWE history.

Also Read: Paul Heyman Reveals What He Noticed In A 3-Year-Old Roman Reigns

It was broadcasted from the Joe Louis Arena in Detroit, Michigan and featured matches & storyline segments on the road to the ‘WWF Backlash 2002’ PPV.