– As we noted in our No Mercy 2017 Live Coverage, Cesaro lost his teeth during his Raw Tag Team Championship match. Below are some photos: 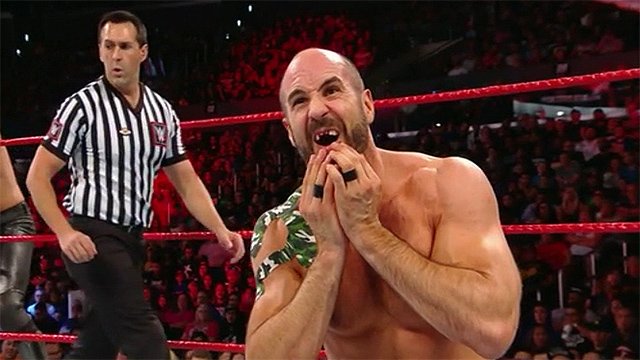 Cesaro’s teeth knocked out at No Mercy 2017

The #NoMercy PPV should be renamed #NoTeeth in honour of this guy's awesome performance tonight after eating the ring post. WE ARE #THEBAR. pic.twitter.com/RcFkSRmhsC

An INCREDIBLE tag match at #NoMercy. I'm here for you @WWECesaro – front teeth are over-rated anyway!

You can watch the exact moment where he lost his teeth below:

Still in awe over @WWECesaro enduring this and still delivering a phenomenal performance. Truly a pro's pro. pic.twitter.com/HbIOAhaJKy