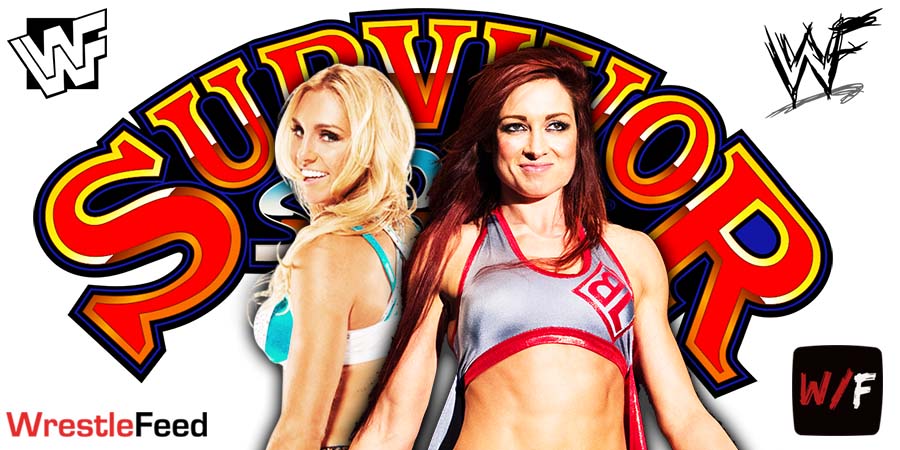 Charlotte was recently confronted by Becky backstage, after Charlotte went off script during their Title exchange segment, where Charlotte dropped the Title on the mat and WWE Officials thought that it made Becky look stupid.

After this, various sources reported that no one in WWE wants to work with Charlotte anymore.

During a recent interview with BT Sport, Charlotte was asked if her confidence rubs people the wrong way.

Is it because I’m a woman? Because I’ve done it all? Because we have a smaller division? Why?

Charlotte is difficult? Why? Is it because I stand up for what I believe in? That makes me difficult? If I was a man, people would say I have big balls, right? I know how good I am, I’m the best.”

"What? 'Charlotte's difficult' Why? Because I stand up for what I believe in?"@MsCharlotteWWE has her chance to discuss being at the top of the industry 👑#SurvivorSeries pic.twitter.com/8cp05RAr01

This led to Becky replying the following:

“No one on our roster acts like this, man or woman. Gender ain’t the issue here.”

2. The Repo Man vs. Reno Riggins

5. The British Bulldog vs. Mike Samples