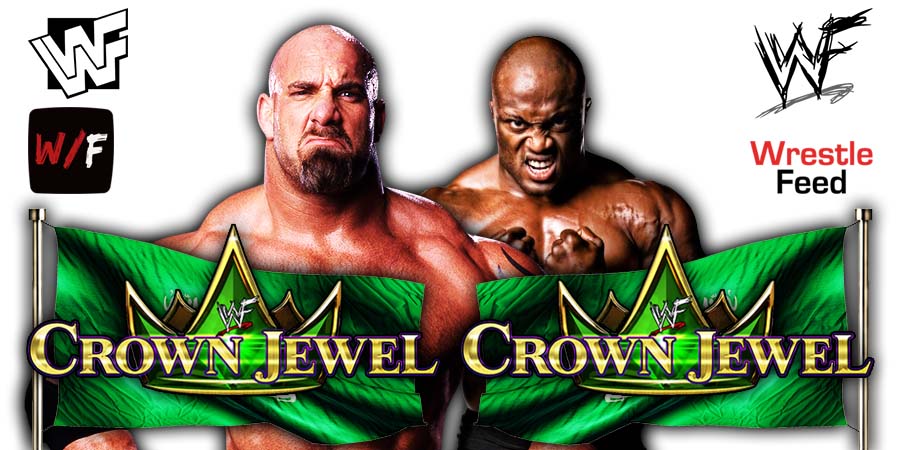 • Goldberg Comments On Winning A Match After 602 Days

After 3 back-to-back losses, Goldberg finally picked up a win in WWE.

Goldberg defeated Bobby Lashley in their No Holds Barred – False Count Anywhere match in epic fashion, with a Spear off the top of the stage! 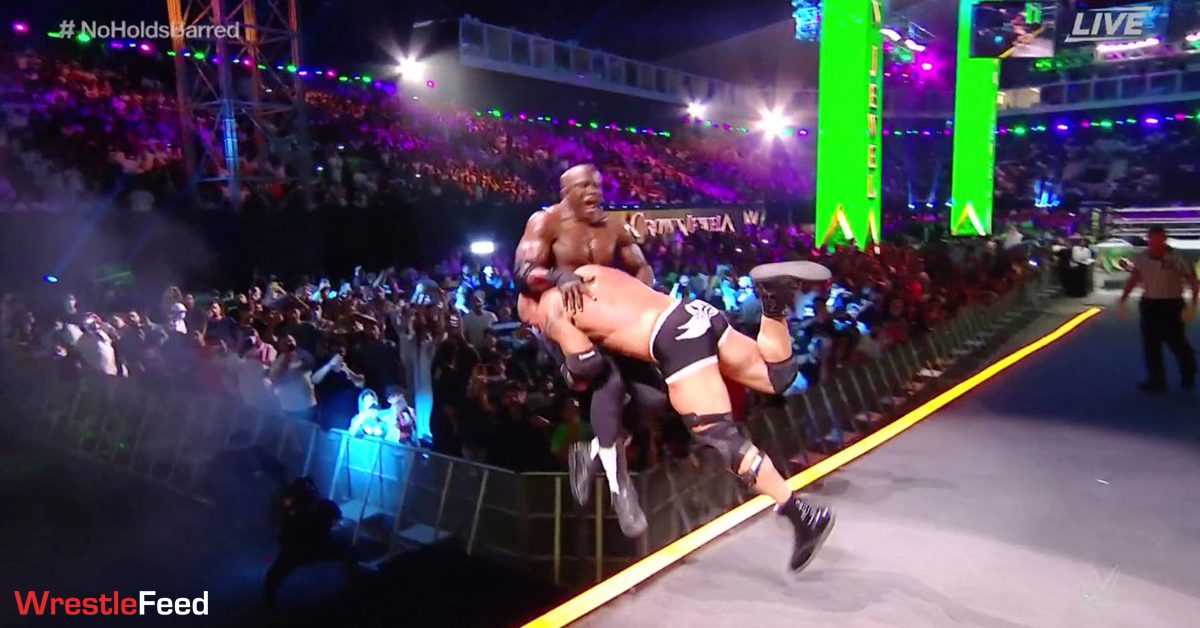 Prior to this, Goldberg’s last win was over “The Fiend” Bray Wyatt for the Universal Championship in February 2020.

In a backstage interview after his match, Goldberg talked about how his family will always have more value than a Championship.

He said that he doesn’t care if he’s 500 years old, he’ll come out of the grave and rip your face off if you touch his family.

Goldberg then said he should have made Lashley pay even more, but that’s what he got tonight – that’s what he deserved tonight. He hopes his son Gage was proud of his performance.

EXCLUSIVE: The greatest title for @Goldberg will always be "Father".#WWECrownJewel pic.twitter.com/UL9pBSgsqd

In January 1989, they joined the World Wrestling Federation as comedy babyface Tag Team ‘The Bushwhackers’, and despite them never winning any WWF titles and never rising above mid-card level due to their comedy status, they were so over with the fans that they were wrestling on WWF TV for almost 8 years till they were let go in the fall of 1996.

In 2015, The Bushwhackers Butch & Luke were inducted into the WWE Hall of Fame by their former flagbearer (on NWA TV) “Johnny Ace” John Laurinaitis.