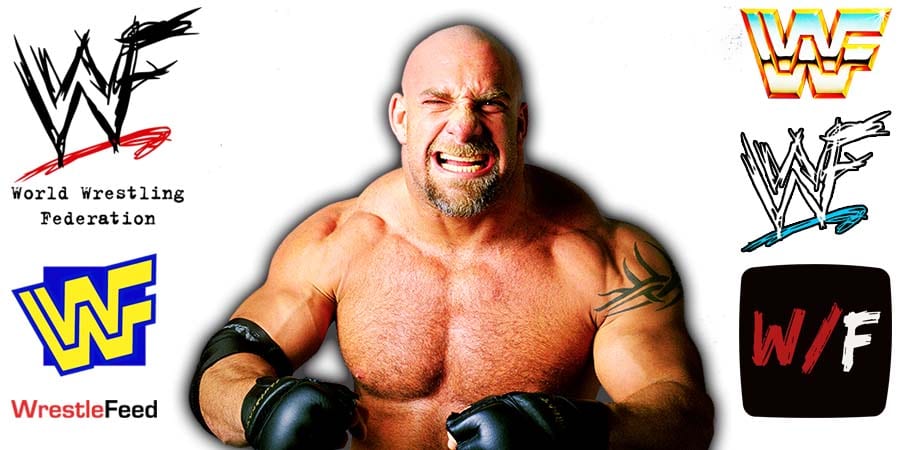 • “Goldberg is doing it for the money. This is not love for the business” – WWE Hall Of Famer

During a recent interview with Chris Van Vliet, WWE Hall Of Fame Class Of 2021 inductee Eric Bischoff was about about WCW Legend Goldberg still wrestling in WWE at the age of 54.

Here’s what Bischoff had to say about it:

“Goldberg is doing it for the money, come on. This is not love for the business or love to get out there and perform.

[Goldberg and Brock Lesnar are] smart! it’s not a bad thing! I’m not putting it down. If I had the ability at Bill’s age, and look the way Bill did and somebody said, ‘Hey, I’ll stroke you a seven-figure check to work 5 minutes,’ … come on!

Let’s be honest with ourselves and not bust anybody’s balls over this. Because every one of us would do it, we dream about that opportunity.”

Earlier this year, during an interview with FOX Sports, Goldberg said the following about getting backlash from some fans after he defeated “The Fiend” Bray Wyatt in 3 minutes to win the Universal Championship before WrestleMania 36:

“At the end of the day, I do a job, right? I’m asked to go out and perform, and I don’t pass judgment on it.

And I’m not a booker. I don’t make the decisions. I really don’t. I just come in and provide ‘that guy’, and the only thing I can do in a situation like that is be the best package that they remember.”

Also Read: RAW Wrestler On Goldberg: “He Is A Genuine Legend”

– The Bushwhackers & Tiger Jackson vs. Little Louie & The Beverly Brothers