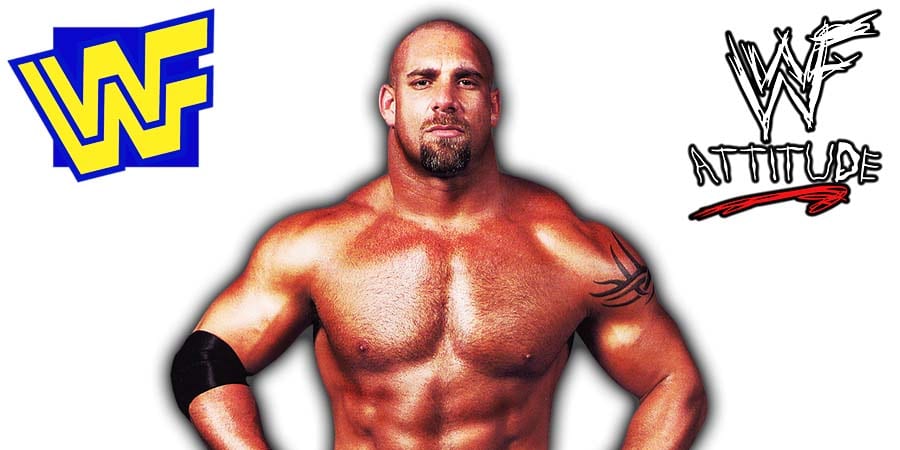 6. Footage of Cyndi Lauper in concert

During a recent appearance on Broken Skull Sessions on the WWE Network, Goldberg talked about joining WWE in 2003.

Below is what Goldberg:

“I was the enemy and I came in. Here are all these guys that I’ve been saying bad things about and trying to beat, kick their a$$, move for move, segment for segment, and now I’m one of them? Boy, this is going to go over well.

Oh, and by the way, Hunter and I didn’t get along to begin with! Things were said from afar and now I’m there and he’s part of the office.

Oh sh*t, talk about putting myself on an island. I didn’t do [anything] but make it worse in the beginning. But it’s tough because people can’t empathize with you unless they’ve been in your situation.

And as great as a situation is or was, I was still at the mercy of the next person who was giving me advice.”