In the main event segment of tonight’s Raw, Brock Lesnar & Paul Heyman came out to promote this Sunday’s “Ultimate Thrill Ride” WrestleMania 33 for the final time.

Heyman talked about how this is going to be Goldberg’s final appearance on Raw as Lesnar is going to destroy him this Sunday at WrestleMania 33.

Heyman went on to say that WrestleMania 33 should be renamed to “WrestleMania 33: The Death of a Superhero”. This led to the WWE Universal Champion Goldberg coming out and he said that the fans in Philly didn’t come to see them talk, but they came to see them fight!

Raw ended with Goldberg standing tall and posing with the WWE Universal Championship, which will be defended in the main event of this Sunday’s “Ultimate Thrill Ride” WrestleMania 33. 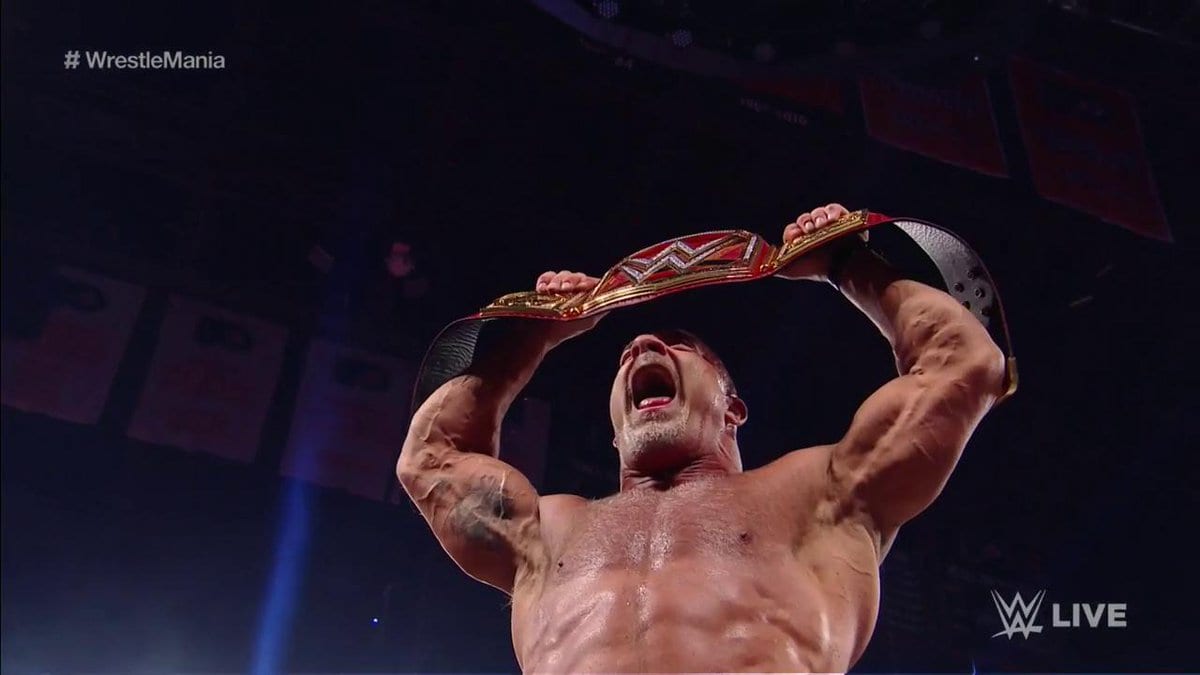 You can watch Goldberg spearing Lesnar below: