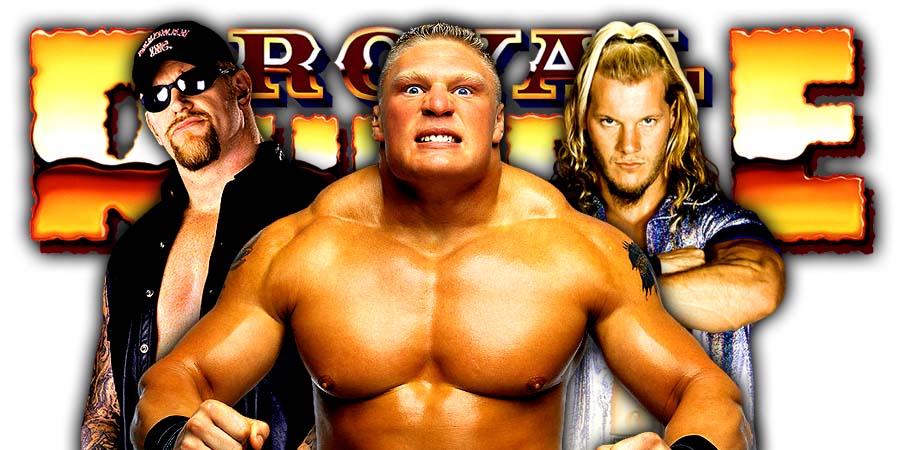 Below is a shot of the stadium: 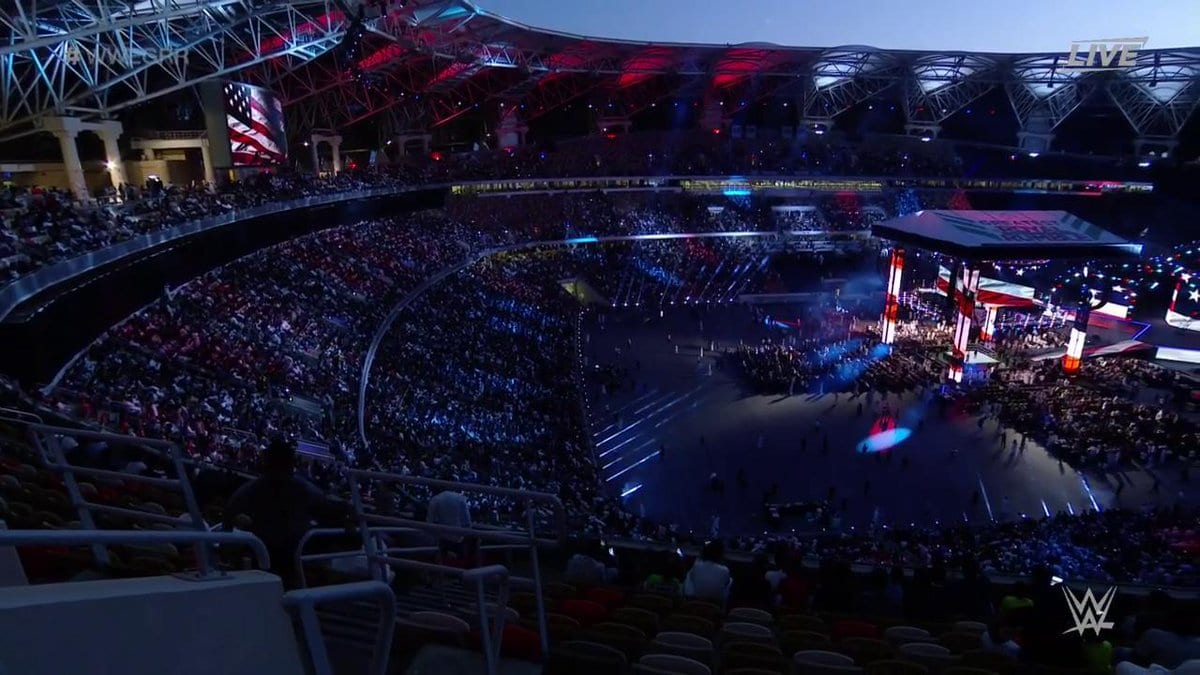 The first match of the night is a WrestleMania 22 rematch between Triple H & John Cena. 14 Time World Champion “The Game” Triple H makes his way out first!

Out next is the 16 time WWE World Heavyweight Champion John Cena to a huge pop! This is the first time Cena & HHH are facing each other in 8 years.

Cena & Triple H go for test of strength and Triple H gets the upperhand first, but Cena comes back and overpowers Triple H. Triple H kicks Cena and puts Cena down with a shoulder tackle.

Triple H mocks Cena with the “You Can’t See Me” taunt. Cena comesback with a shoulder tackle to a big pop. Triple H mocks the crowd and Cena suddenly goes for the small package, but HHH kicks out.

Triple H Irish Whips Cena. HHH puts Cena in a Sleeper Hold. Cena fights out of it and hits a series of shoulder tackle and goes for the slam, but Triple H counters and clotheslines Cena.

Cena goes for a legdrop off the top rope, but Triple H counters and hits a powerbomb!

Cena is looking to hit another AA, but Triple H counters and hits a Pedigree! Triple H goes for the pin, but Cena kicks out!

Cena locks HHH into the STF, but Triple H counters it into a Crossface. Cena powers HHH up and nails two AAs and defeats The King of Kings!

Cena takes a microphone after the match and puts over Saudi Arabia and the Greatest Royal Rumble event.

"Thank all of you for allowing me to be part of something so special!" – @JohnCena thanks the @WWEUniverse in Jeddah, Saudi Arabia… #WWEGRR pic.twitter.com/fvHMi9ynlU