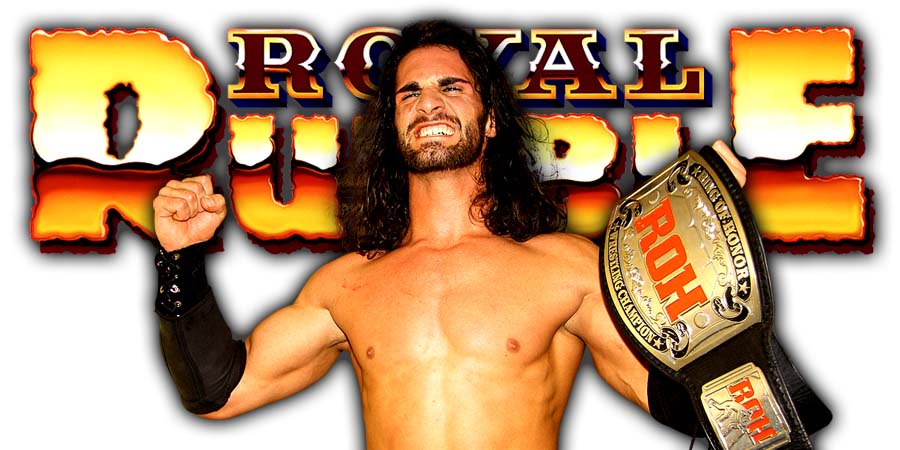 This is part 3 of our Greatest Royal Rumble live coverage (click here for Part 2).

Hardy got a mega pyro entrance.

After back & forth action, Hardy nails a Twist of Fate followed by the Swanton Bomb to pin Mahal and retain his US Title.

Jinder Mahal botched a move during the match and you can watch it below:

We now move to the Greatest Royal Rumble expert panel and they are now going to review things. Wo go to a backstage segment and Chris Jericho gets interviewed. Jericho talks about how it could be his night and then puts a bunch of people on The List.

Up next is the SmackDown Tag Team Championship match. The Usos make their way out first, followed by the champions, Bludgeon Brothers.

Jey Uso & Erick Rowan begin the match. Uso is on fire as he nails a suicide dive on both Harper & Rowan one at a time and then The Usos double team on Harper.

The Usos nail Superkicks on Rowan to throw him off the apron. Uso nails a Splash and goes for the pin, but Harper kicks out.

Rowan lays out Jimmy on the outside. Harper & Rowan nail their finisher and pick up the win.

The match begins and Rollins goes after Joe and Miz goes after Balor. Joe nails a step-up enzigiri on Balor. Rollins a suicide dive on Balor and then hits another one on The Miz.

Rollins & Miz attack Joe with a Ladder and then Balor hits a suicide dive on Rollins & Miz!

Samoa Joe is now setting up a ladder in the corner, but the ladder falls down on its own due to lack of balance. Joe then bodyslams Balor on top of that ladder. Joe does the same with Rollins.

Balor comes back into the match and hits a Slingblade and a dropkick. A Ladder is now placed on top of Joe and Balor is looking to hit his finisher on Joe, but Rollins arrives and looks to superplex Balor. Joe gets up in the meantime and powerbombs Rollins, and Rollins in turn superplexes Balor!

Miz hits a Skull Crushing Finale on Joe on top of a ladder! Miz is now trying to climb the ladder and become a 9 time Intercontinental Champion, but Rollins stops him. Miz pushes Rollins off the ladder, but now Balor climbs up the ladder to fight Miz.

Miz nails a neckbreaker on Balor and a DDT on Rollins. Miz now attacks Rollins & Balor with a Ladder.

Joe now locks in the Coquina Clutch on Balor, but Balor escapes it. Joe nails a Uranage on Balor. Joe is now climbing the ladder, but Balor pushes the ladder and Joe falls on the ropes.

Balor has almost reached the title, but Rollins springboards onto the ladder and unhooks the Title! Rollins steals the win with his quickness!