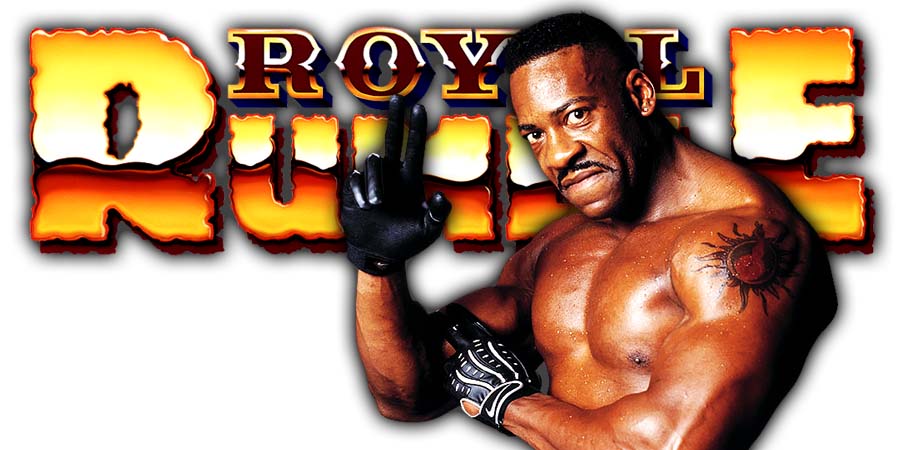 As we have noted before, The Revival got into an argument with two time WWE Hall of Famer Booker T on the TLC 2019 Kickoff Show.

Scott Dawson then begged for a match between The Revival and Harlem Heat at Royal Rumble 2020:

Y’all might’ve set the table, but we sitting at the head of it??

According to PWInsider, there’s a chance that this match takes place at Royal Rumble 2020 this month, as WWE did allow this angle to go down on the TLC Kickoff Show and Vince McMahon isn’t a fan of teasing something that he can’t deliver (that’s why he was angry with Seth Rollins when Rollins acknowledged CM Punk on RAW).

On this week’s episode of WWE Backstage, Renee Young asked Booker T about the possibility of Harlem Heat vs. The Revival taking place at Royal Rumble 2020 and below is what Booker said:

“You know what, me and my big brother, we’re talking about it. I got one left in me. Dawson, Wilder, don’t get jacked up, sucka!”

They were all part of the 'New Year's Resolutions' the #WWEBackstage panel shared last night. pic.twitter.com/7t5ycbF28O

WWE Hall of Fame team of Harlem Heat competing at Royal Rumble 2020 would be fitting, since they are from Houston, Texas and that’s where the event will take place.

“You know, since I am a tag team extraordinaire, tag team specialist, fourteen Tag Team Championships throughout my reign in this business.

I’m looking forward to the tag team division getting crunk in 2020. And I might even manage The Street Profits somewhere along the year.”