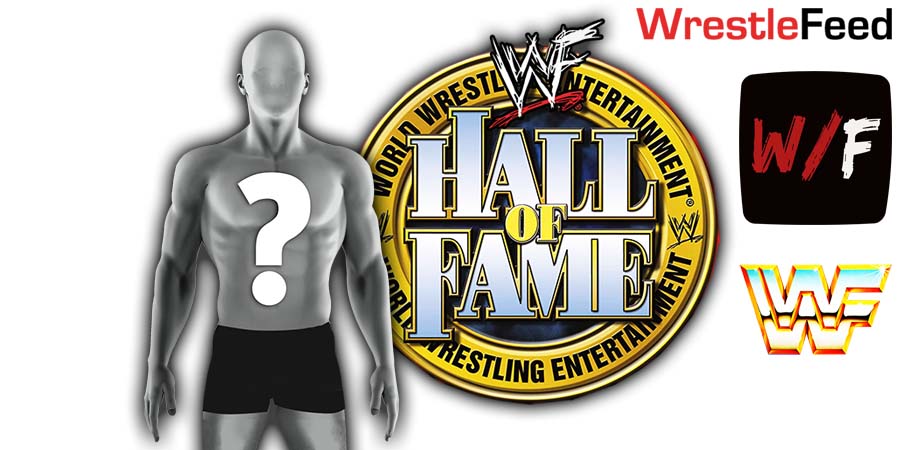 • Hall Of Famer Is Working On A Secret WWE Project

WWE Hall Of Famer Trish Stratus recently appeared at two Live Events and on an episode of Monday Night RAW when WWE was in Canada.

Now, she is working on a secret WWE project. Below is what she tweeted:

No word yet on what this secret project is, but it will most likely turn out to be something related to the WWE Network (documentary, etc).

Speaking of Trish, she recently disagreed with Maria Kanellis on the topic of bringing back the retired WWE Divas Championship.

During an interview on Grapsody, former WWE Diva Maria put over the female superstars of the past that were good wrestlers and then said that there’s still a place for the Divas side of things in pro-wrestling, and that WWE should bring back the Divas Title.

“There were a ton. Trish [Stratus], Lita, Ivory caught the tail end of that. Victoria, Molly was in that era. You had workers. Down the line, you have Beth [Phoenix], Melina, Mickie [James], Nattie. You had a ton of workers that came from the Indies too. It was a mix at that time.

I think they should bring back the Butterfly belt (WWE Divas Championship). I do. I know people will disagree with me and that’s fine. That’s why wrestling is great because when you watch wrestling, you don’t see everybody looking exactly the same.

I still think if you want to be glamorous and do more girly moves, that’s fine, that’s your style. If you want to be more aggressive and go out there with no makeup and wearing no shorts and t-shirt, fine. Talent comes in all forms. Sexy, there is a whole rainbow of sexy. That’s how society is.

I still consider myself a diva because it gave me the first opportunity in my career. I think some of those segments were funny and cute. We should have a little bit of humor to it. There is a place for everyone.”

Trish read these comments and tweeted the following about Maria wanting the Divas Title back:

She worked as the Administrator of the Small Business Administration in the Trump Administration and later within Trump’s re-election campaign, where she was the chairman of “America First Action”.