Rico was signed to a WWF developmental contract during the late 90s, which resulted in him being sent down to the World Wrestling Federation’s official developmental promotion OVW Ohio Valley Wrestling to train and get ready for the main roster.

In March 2002, Rico debuted on WWF SmackDown! as the manager of Billy & Chuck, but his character later evolved into an Adrian Street inspired gimmick around 2003, when he was part of the RAW roster as an active wrestler, managed by the beautiful Miss Jackie Gayda.

After being let go by the now renamed WWE in late 2004, he went to Japan to wrestle for AJPW, but ended up retiring from the sport of professional wrestling in July 2005.

“Spent some time with old friends at MCW Pro Wrestling this weekend. After some training to shake off the ring rust, I’m feeling ready to have some fun at WWE Evolution next month. October 28th can’t get here soon enough! Who’s looking forward to a night of a$$ kicking women!?”

Spent some time with old friends at @mcwprowrestling this weekend. After some training to shake off the ring rust, I’m feeling ready to have some fun at @wwe #Evolution next month. October 28th can’t get here soon enough! Who’s looking forward to a night of ass kicking women!?

As we noted before, Lita acted as a Special Guest Referee at a recent MCW Pro Wrestling event during a 6 man tag team match. 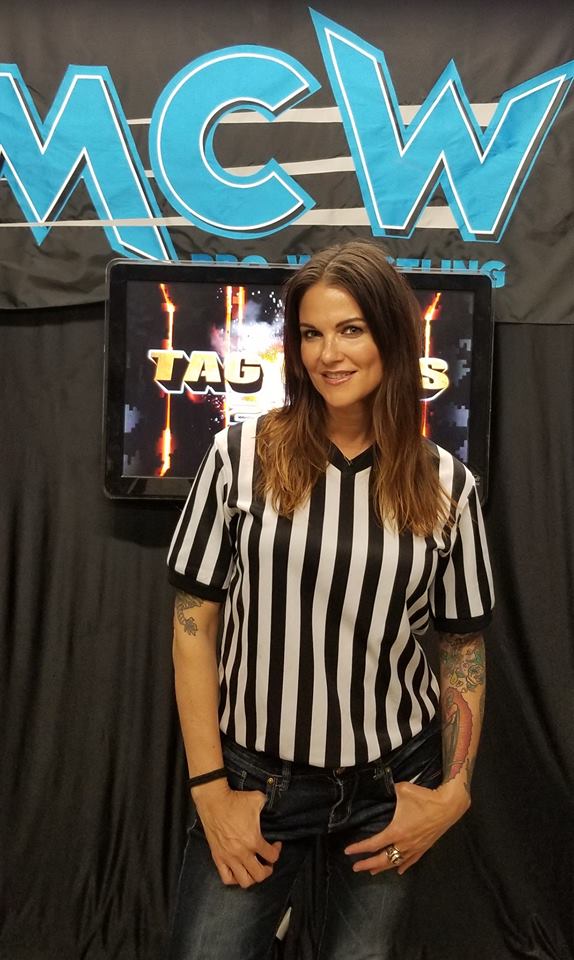 You can watch Lita’s appearance below:

RAW Women’s Champion Ronda Rousey will face the leader of the Riott Squad, Ruby Riott, on tonight’s episode of RAW. Below is what WWE posted:

The Rowdy One takes on Ruby Riott

“Just five days before Raw Women’s Champion Ronda Rousey teams with The Bella Twins to face The Riott Squad at WWE Super Show-Down, The Rowdy One will go one-on-one with the opposing trio’s leader, live on Raw in Seattle.

This past Monday night, The Riott Squad conquered Nikki, Brie and Ronda’s best friend Natalya in a Six-Woman Tag Team Match, giving the group some key momentum heading into the anticipated clash in Melbourne, Australia. Can The Baddest Woman on the Planet attain a measure of retribution against Riott on Raw?”

Below is what Ruby Riott tweeted about this match:

I’ve seen the fighter in you, rebellious, relentless, fought for herself. But somewhere along the way that’s dissipated. Your head is clouded by the need to please @natbynature, @BellaTwins and the WWE Universe. So let’s see if there is any fight left in our “fighting champion.” pic.twitter.com/6GZx8xnL9N