As we all know, the first ever women’s Money in the Bank Ladder match was announced for Money In The Bank 2017 PPV by SmackDown Live commissioner Shane McMahon.

The following women will be part of this match: 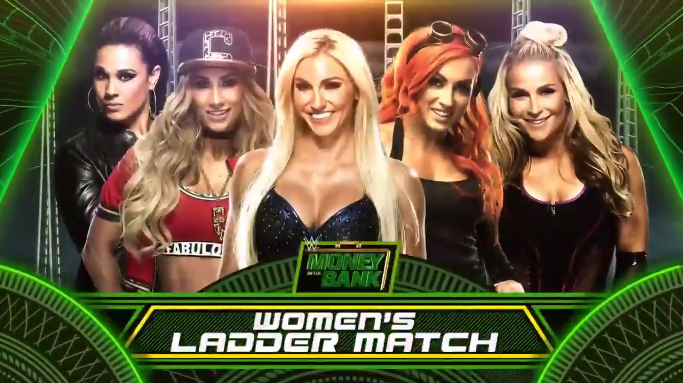 1st Ever Women’s Money in the Bank Ladder match 2017 – Charlotte Flair vs. Carmella vs. Natalya vs. Becky Lynch vs. Tamina Snuka

It could be possible that the cash-in might not actually take place, but there might be a tease for it because WWE needs to fill the 3 hours of PPV time with something extra as all the women and all the top male superstars will be a part of the Ladder matches.