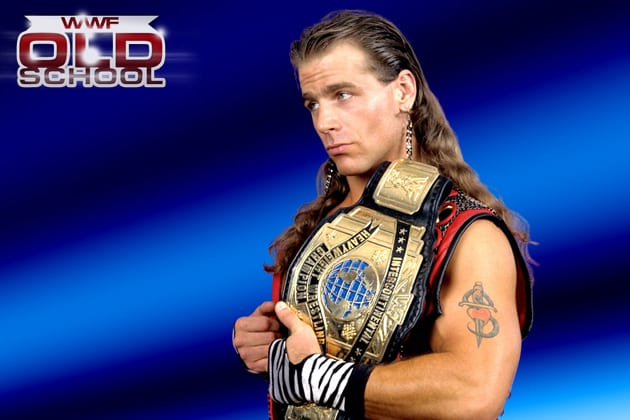 In a recent interview with Between The Ropes, Shawn Michaels talked about his new book , “Wrestling for My Life: The Legend, the Reality and the Faith of a WWE Superstar”. He also talked about fans asking him for one more match, facing Daniel Bryan in 2013 & more. Here are the highlights from the interview:

When did he decide to do another book and give it the direction it has in talking about his faith:

“It was a couple years ago. The first one was when the WWE was still etched in the book-making business so to speak. I knew it was going to be based solely on my career and more of the wrestling aspect of my career. My faith and my family have made the biggest and best impact on my life. Everything that I love and enjoy and I’m so thankful for my career in the WWE, it’s secondary, really, at best when it comes to my life and the impact that my faith and my family have had on my life. So, you want to do something that brings justice to that and give that the glory it deserves. And it’s hard to do that when you’re in the WWE. The WWE is so big and grandiose and always takes the forefront of the attention of one’s life. Being removed from it for several years, I felt like this was a good opportunity to have a chance to really honor what my faith and my family have meant to me and wanted to be open and honest about that. It’s still a great deal based on my career because my wrestling career in the WWE was such a big part of my life. It’s more a look through the lens of my faith.”

Whether or not he still gets approached by fans that think he’s going to do another match:

“Oh yeah. All the time. All the time. If they don’t believe, they request that I do. There isn’t a time that, every once in a while I will receive a text or someone will make the comment of ‘hey, we got this’. Put it this way: it’s always there for me if I want it. There’s only been probably, I don’t know, maybe one time where where you go that’s actually a pretty good idea. (laughs) But you have to be careful even about saying that, even to acknowledge that is, in fact, a good idea. You have to be quick to follow up with don’t get me wrong, I’m not doing it. I have to give you props on a good idea.”

If there was any possible thought of facing Daniel Bryan when they had their interaction in October 2013:

“Yeah, I realize that a lot of people certainly got that. I guess from my perspective it certainly is a good idea but it’s one of those ones, I guess from my standpoint, a good idea is one that would really intrigue me. That’s not one of those where you go ‘wow, what are the chances of someone coming up with that?’ That’s teacher – student, that’s been done, and again I’m not knocking it, I’m just saying that is not some kind of new, innovative idea. It’s just two other guys doing a very rehashed idea but we think they can do it well so it will be fun for us to watch. Certainly at its core it’s not a new and fresh idea.”

What was the one idea that he thought was pretty good:

“Well, I don’t even want to go down that road because then, of course, people will run with it. I at least try to do my best to throw my hat in the ring around WrestleMania so people can talk about it and I can get free press. It’s irrelevant then. Like I said, most people wouldn’t find it interesting anyway. My tastes I guess are not like theirs. When you’ve done a lot of stuff it’s sometimes those out of the box, strange ones that really peak your interest. For me, I give it about two minutes thought and then I move on because I’m very happy with what I’m doing and where my life’s at right now.”