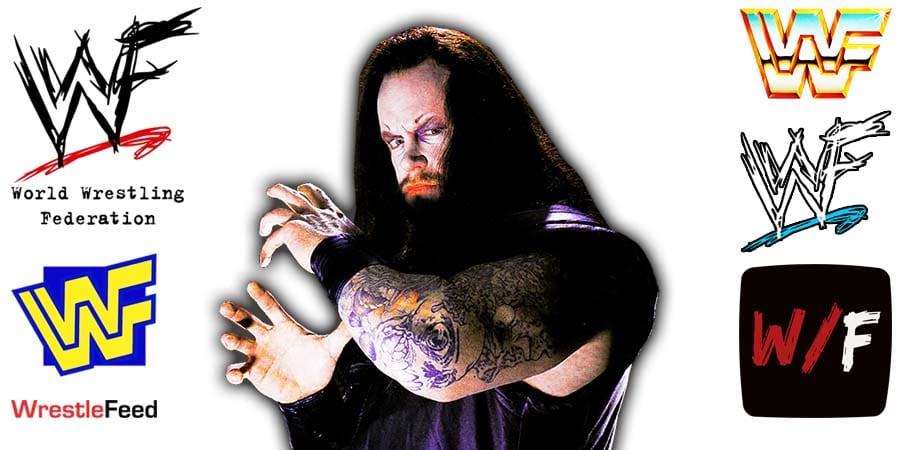 BSK (Bone Street Krew) was a backstage group in the World Wrestling Federation back in the 90s.

They recently reunited on an episode of “Table For 3” on the WWE Network / Peacock.

During this show, The Undertaker recalled an old drinking story, where he had to carry a drunk Mideon.

“Now I gotta load [Mideon] up. That’s 315 pounds of chewed bubblegum. It’s like how little kids play with slime. It’s like he didn’t have a bone in his body.

I’ve got him and I’m dragging at this point. I get him to the bed and I’m like, what the hell is that smell? I look between the beds and this one (Henry Godwin) had puked between the beds. And his partial was out.

So, there’s a big pile of his puke and a pair of teeth sitting in it. I throw the sloth in his bed, and I’m like, let’s just leave that.

But no, I go get some crap and I go pick his teeth up out of the throw-up and clean them and set them on the nightstand.”

Also Read: WWF Veteran Destroyed The Undertaker’s 1st Ever Motorcycle That He Bought After He Got Out Of Debt

On this day in Pro Wrestling history on July 8, 1989, Otto Wanz’s Catch Wrestling Association held an event at the Eishalle Liebenau in Graz, Austria.

The card also featured several wrestlers, who eventually would end up in either World Championship Wrestling or the World Wrestling Federation.