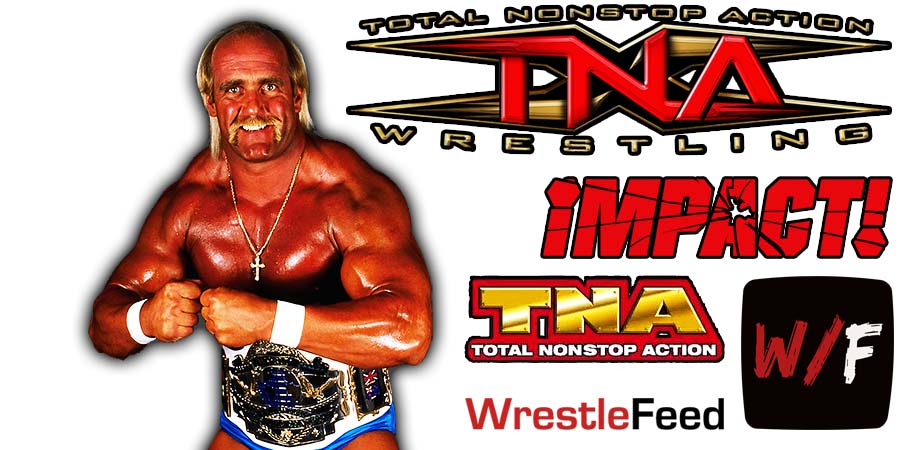 When Hulk Hogan debuted in TNA, they had their highest TV viewership ever.

Hogan’s debut segment drew 2.9 million viewers and this happened when they were going head-to-head with WWE RAW on Monday night.

Even WWE doesn’t have this much viewership in USA nowadays and IMPACT Wrestling’s viewership is now down in the 100,000 range.

Despite Hogan drawing the biggest numbers in TNA history, some people weren’t a fan of his run in the company.

During an interview with Inside The Ropes, TNA/IMPACT Wrestling Hall Of Famer Awesome Kong had the following to say about Hogan’s run in Total Nonstop Action:

“Well I thought he was raping the company for whatever it was worth.

That we were not going to see a return on our Hulk Hogan investment, but he was going to rob the piggy bank dry, and I’m like this is very clear and everyone can see it.

So it was like, ‘Dixie (Carter), can you not see what is going on? He is going to be popping bottles with Vince (McMahon) in 3 years and you will be broke. Can you not see where this is going?’”

Also Read: “They said some awful things” – Jeff Jarrett On How TNA Forced Out AJ Styles

– The Big Bossman vs. Jim McPherson

– The Genius vs. Jose Luis Rivera

– The Bushwhackers vs. The Gladiator & Sandy Beach

– The Red Rooster vs. Jim Chapel