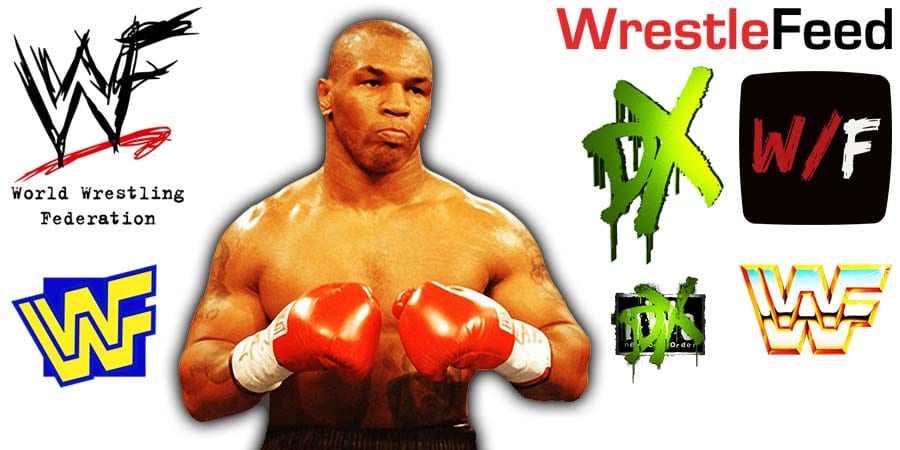 It’s widely known that Old School WWF/WWE promoter Vince McMahon would never ask anything from his performers that he would not dare to do himself.

On an episode of his weekly ‘The Kurt Angle Show’ podcast, the 1996 Olympic Gold Medalist claimed that McMahon would have even tried to box Mike Tyson, just to find out how it feels to get knocked out by the Boxing Legend.

Here’s what Angle had to say:

“Vince will only try once. If he doesn’t succeed, he’s not gonna try again. Vince is one of those guys that wants to feel what it’s like to be up against an Olympic Gold Medalist or a World Champion Boxer. He wants to feel that knock out. He wants to feel getting slammed. He’s crazy.

The guy always tests himself. He wants to test himself against the best. If Mike Tyson was there, Vince would say, ‘Hey, let’s go one round,’ and Vince would do it. He really would. He would want to know how it feels to get knocked out by Mike Tyson. That’s just how Vince is.”

Also Read: “Vince would’ve had a coronary” – The Undertaker On If He Ever Considered Fighting In The UFC

4. Booker T vs. The Undertaker