Wahoo has yet to be inducted into the WWE Hall of Fame and will probably go in as one of the annual “Legacy” inductees.

Lombardi also portrayed several other characters on WWF TV over the years, such as Kim Chee, The Red Knight, Doink (one of many) & ‘MVP’ Abe “Knuckleball” Schwartz.

According to Slice Wrestling, there’s heat on a female WWE star for leaking sensitive company information:

There Is Significant Amount Of Heat On A Young WWE Female Superstar Due To Leaking Sensitive Company Information On Her Social Media. It Should Be Noted That WWE Officials Had A Serious Talk W/This Talent It's Yet To Be Seen If Any Other Disciplinary Action Will Be Taken pic.twitter.com/m42CNMzNT4

Word going on is that this female WWE star is RAW wrestler Liv Morgan (of the Riott Squad), who posted a photo of herself on Instagram and that photo featured a run sheet of the recent NXT TV tapings.

Below is a photo of the run sheet: 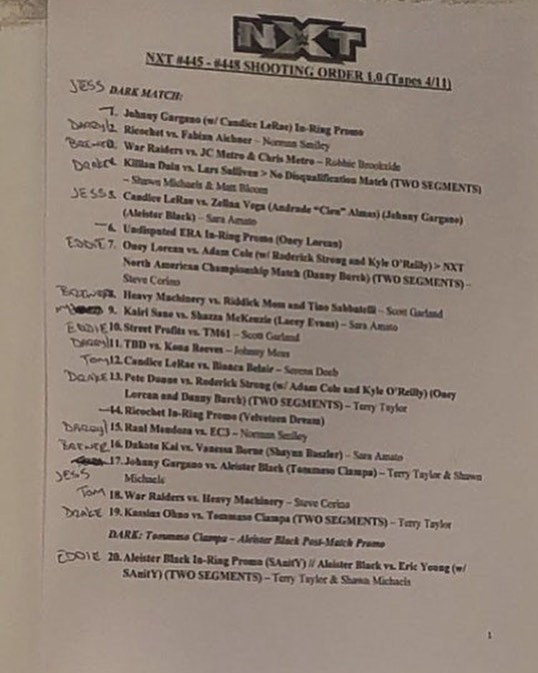