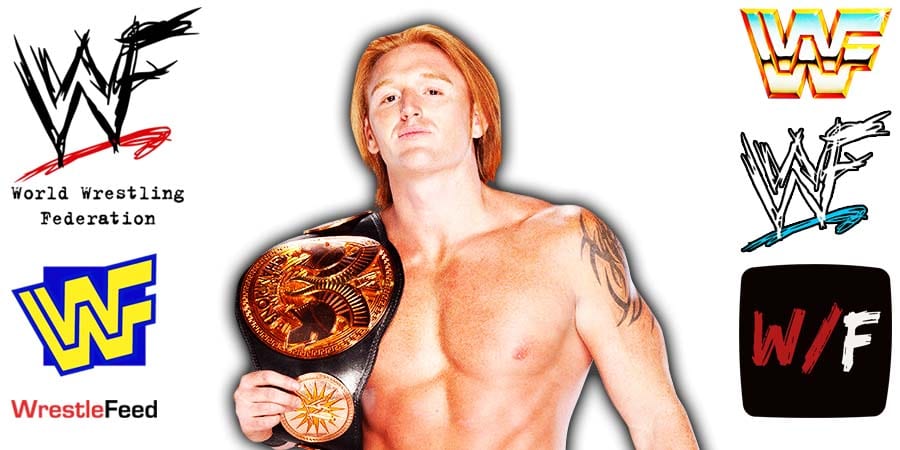 Heath said that he pitched to punch Lesnar after he would say he didn’t give a sh*t about his kids, but his idea wasn’t accepted.

I got a shirt out of that segment because if you give me bullet points and tell me the ending, I can come up with the right words to where my fans can translate and be with me.

When you hand me a four page script and you’re changing it every hour and 20 minutes before I go out, you give me a new script, I’m like ‘what the hell is going on?’ I was literally like, ‘I’m just gonna go out there and do my sh*t.’

I’m out there with Paul and Brock, I damn near forgot my next line and was shooting off the hip. I said, ‘Damnit, all these people know I’m gonna get my a$$ kicked. I know it, but I have to do this. I have kids! I need this job!’ Next thing I know, I catch Vince in the back and he’s like, ‘Woah, I got kids, I need this job. Print that out!’

I just wanted to give Brock one punch, that was it. Paul was like, ‘If you hit Brock, you really have to hit him.’ Dude, whatever. I know how to throw a punch, I’ll make it look good. He says, ‘I don’t give a damn about your kids,’ BOOM! And then he kills me. The fans would have loved it. That’s all I pitched.”