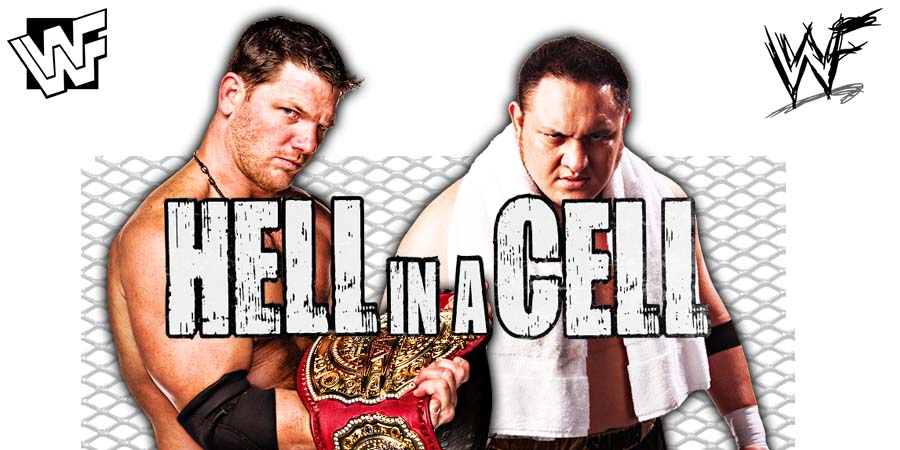 Up next is the WWE Championship match. This is the SummerSlam 2018 rematch between AJ Styles & Samoa Joe. Joe defeated Styles via DQ at SummerSlam 2018 when Styles snapped and attacked Joe with a Steel Chair.

Joe makes his way out first, followed by The Phenomenal One. AJ Styles has been the WWE Champion for 313 days now.

The match begins and both men go all out on each other.

DROPKICK AND A BEAUTY from the @WWE Champion @AJStylesOrg! #HIAC pic.twitter.com/BrtR0acMeC

CAUGHT in mid-air was @AJStylesOrg, and it could mean BAD things for his #WWETitle!#HIAC @SamoaJoe pic.twitter.com/APrem1z9Sc

Joe hits a Suicide Dive and Styles goes crashing into the announce table!!!

The action returns to the ring and Styles comes running into Joe, but Joe hits an elbow and Styles goes flying away!!!

Joe Powerbombs Styles and then locks in the Crossface! Styles manages to break it up.

Styles gets Joe up for the Rack Bomb and hits it! Styles goes for the cover, but Joe kicks out.

Styles nails a Springboard 450 Splash on Joe and goes for the pin, but Joe kicks out again!

Joe sends Styles face-first into the turnbuckle and then nails a vicious lariat that turns Styles upside-down! Joe goes for the cover, but Styles kicks out.

Styles is bleeding from his mouth. Joe is going for a Muscle Buster, but Styles gets out of it and is going for the Styles Clash, but is unsuccessful.

Styles nails a Pele Kick on Joe! Styles is now looking to hit the Phenomenal Forearm, but misses and Joe locks-in the Coquina Clutch!

Joe lays down with the hold and Style counters and pins him!

Joe is not happy with the outcome. Joe picks up the WWE Title after the match, but Styles lays him out with a kick.

We get a replay and Styles actually TAPPED OUT when the referee was counting to 3.

Controversy abounds, but @AJStylesOrg is STILL THE CHAMP. #HIAC pic.twitter.com/OqRWhF0uJn