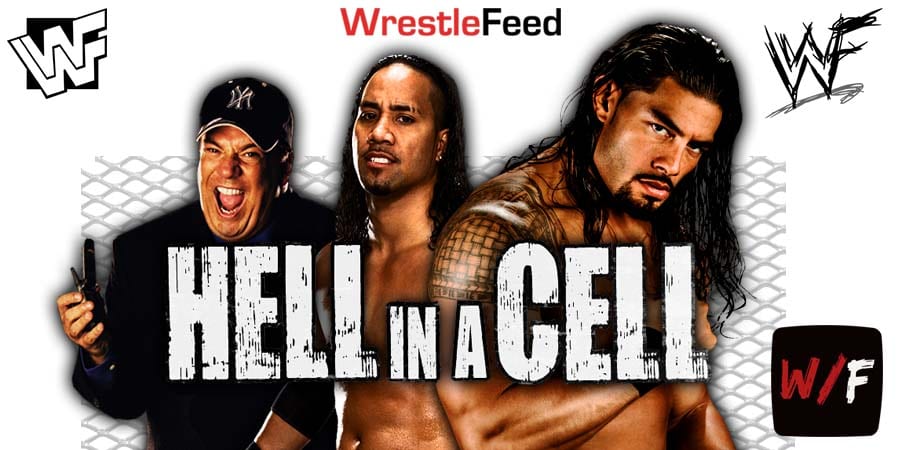 Tonight’s WWE Hell In A Cell 2020 pay-per-view is airing live from the WWE ThunderDome at the Amway Center in Orlando, Florida.

This is the 12th event under the “Hell In A Cell” banner.

Below is the match-card for tonight’s PPV:

– “I Quit” Hell in a Cell match for the Universal Championship: Roman Reigns (c) vs. Jey Uso

– Hell in a Cell match for the WWE Championship: Drew McIntyre (c) vs. Randy Orton

– Hell in a Cell match for the SmackDown Women’s Championship: Bayley (c) vs. Sasha Banks

– Money In The Bank Contract On The Line: Otis vs. The Miz

R-Truth manages to retain his Title on the kickoff show by pinning Gulak in a singles match. Akira Tozawa, Gran Metalik, and Lince Dorado go after Truth after the match, but Truth manages to escape.

After this match, we went to a backstage segment where Mustafa Ali proposed a challenge – one member of RETRIBUTION vs. one member of The Hurt Business, tonight on the main card of Hell In A Cell 2020.

The main show kicks off with the first-ever “I Quit – Hell in a Cell” match for the Universal Championship.

During the match, Reigns hits Uso with very hard-hitting Spears, but Jey refuses to quit.

Uso hits Reigns with multiple splashes, but Reigns says that the head of the family never quits.

Jey then starts beating Reigns up with a strap, but Reigns fires back with a massive spear!

Reigns now starts hitting with Uso with the strap and says he does the whipping around here!

It should be noted that the referee isn’t carrying a mic in this “I Quit” match, since there’s no fans in attendance, and the wrestlers are audible on TV.

Jey is now choking with Roman with the strap around his neck, but Reigns doesn’t pass out and didn’t quit.

Jey looks to hit Reigns with a Steel Chair, but Reigns delivers a Superman Punch!

Reigns has now locked in the Guillotine Choke. Reigns breaks up the hold to see if Jey quits, but Jey doesn’t say anything.

Reigns is telling Jey to quit, or he won’t be held responsible for what happens to him.

"Quit, or I'm gonna take this to the next level."

Reigns now hits Jey with a Drive By! Reigns has now placed the steel ring steps right next to Jey’s head and delivers another Drive By!

The referee is looking to end the match as he’s feeling bad for Jey, but Reigns stops him. Referee says Jey is out, but Reigns grabs the referee and says ‘you’re out’ and throws him out of the ring.

A new referee comes to the ring and so do WWE officials, including Adam Pearce.

Reigns has now thrown the steel ring steps in the ring and all the WWE officials are afraid what Reigns is going to do next.

Reigns places the steel ring steps over Jey’s chest and Reigns tells him again that all Jey had to do was acknowledge him as The Tribal Chief.

Reigns picks up the Steel Steps and is about to drop it on Jey’s chest, but Jimmy Uso runs in the stop Reigns and asks what’s going on with him.

Jimmy says they got him and makes him emotional, Roman is crying but suddenly puts Jimmy in the Guillotine Choke! Jey says “I Quit” to stop Roman and save his brother. 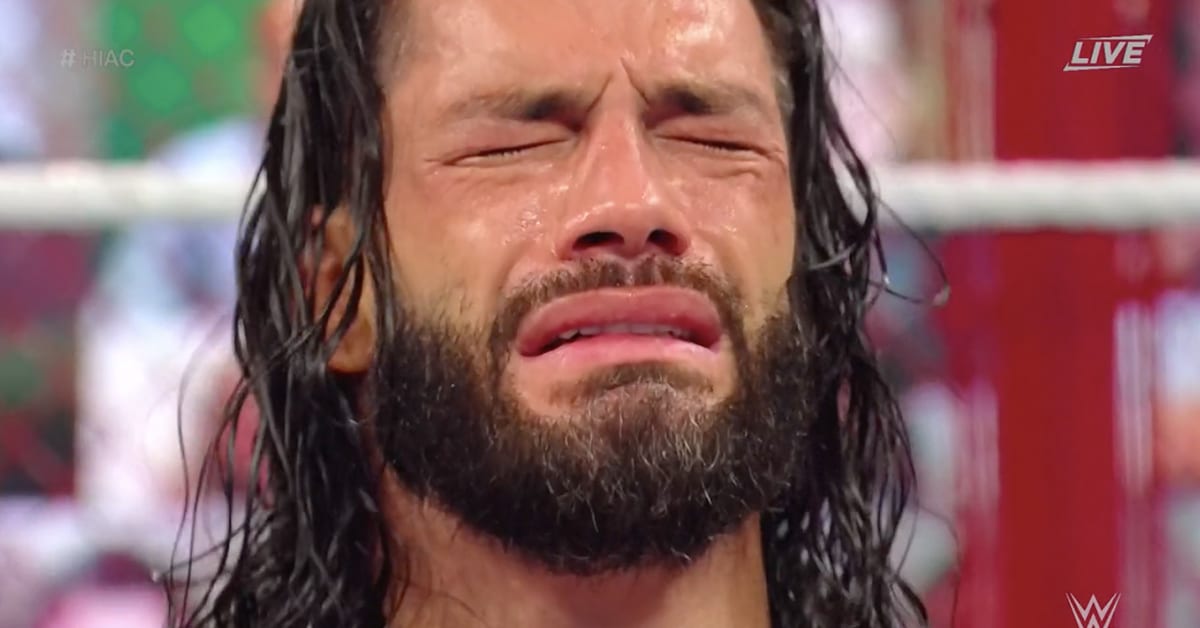 Roman Reigns (c) def. Jey Uso in an “I Quit – Hell in a Cell” match to retain the Universal Championship

After the match, Reigns wiped off his fake tears and got crowned The Tribal Chief by The Wild Samoans, Afa & Sika! 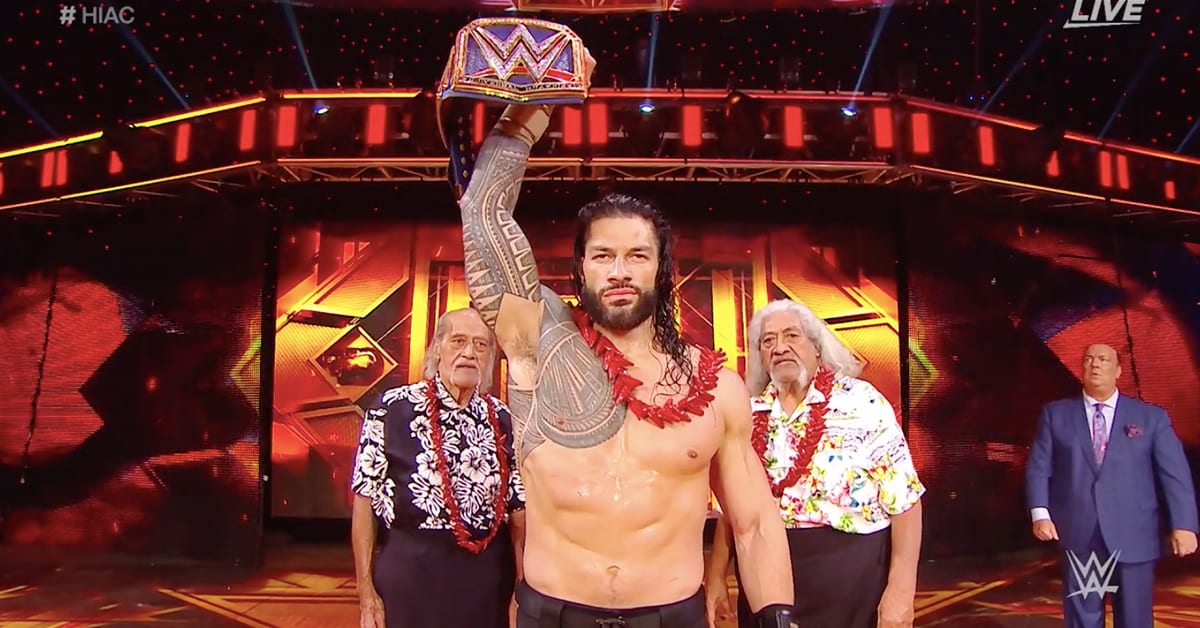