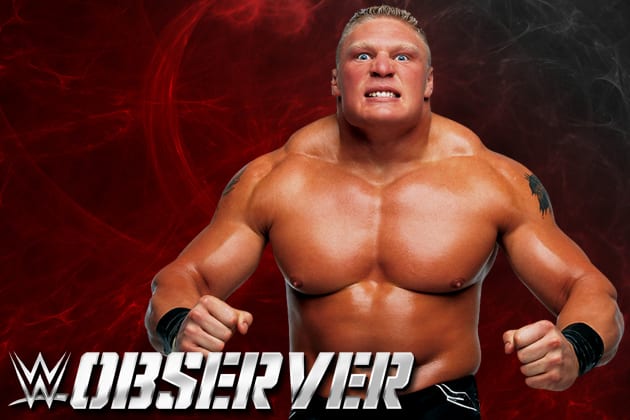 With Brock Lesnar walking out on this past week’s Raw, a few people in the WWE think that he won’t be returning while others think that Lesnar wouldn’t risk the breach of contract and will work WrestleMania 31. It has been reported that Lesnar isn’t happy with how he’s been merchandised in WWE and he thinks that he’s not making enough from his merchandise, although Lesnar gets a higher loyalty rate than most of the other talents, so WWE actually makes less on Lesnar’s merchandise, but again, Lesnar is a different situation as he’s allowed to have sponsors on his gear. These merchandise issues were reportedly a significant problem before whatever went down at Raw. As noted, Brock Lesnar appeared at UFC 184 event last night in Las Vegas.