During a recent interview with WrestlingInc, WWF Legend “Stone Cold” Steve Austin talked about Kane’s WWE Hall Of Fame, who he would’ve loved to face from the current era & more.

Kane has had an absolutely phenomenal career, with all the transitions he made with that. I had him on Broken Skull Sessions and we had a blast.

When you see this monster of a man in this mask and this red and black suit, it terrifies you, but when you meet Glenn Jacobs, the man? In the locker room, all the boys are messing around, wasting time before a show as we do, but Glenn’s the guy over there reading a book. He’s so well-read, so intelligent, such a gentleman.

You would be so surprised to know the man versus the character. A great body of work, and very well deserved.”

On who he would’ve loved to face from the current era:

“There’s a lot of guys I wish I got to do business with. There’s generational gaps, but you always have those fantasy match-ups. You see what a guy’s doing and you think, ‘I could have done something with that guy. We could’ve made something really memorable.’ 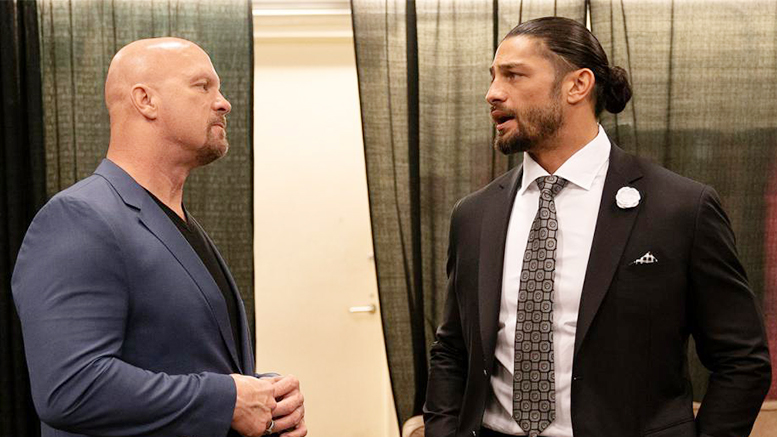 On his beer bashes:

“When I drink beer at the house I’m not so sloppy. The beer bashes are the show business aspect of Stone Cold Steve Austin inside the WWE ring. I sip quite efficiently when I’m here around the house.”

Here’s the match-card of the show: