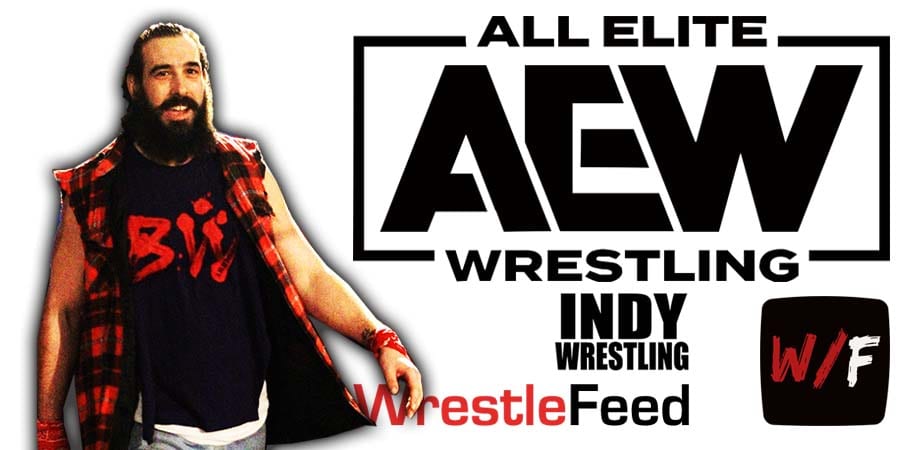 During the Q/A session of his Grilling JR podcast, AEW commentator Jim Ross revealed what he knew about Brodie Lee’s illness, who passed away a week ago due to non COVID-19 related lung issues.

“Always smiling. Funny guy. Great sense of humor. That’s why I said, I’m going to work today and I’ll tell these young guys, ‘Hey, it doesn’t hurt to laugh. As I said, laughter is a good medicine, and he made you laugh, didn’t he?’ ‘Oh yeah [they reply].’ Remember those times. That’s a hell of a lot better than him not being able to kick out of his issues.

I still don’t know what… I haven’t seen or heard of an autopsy. All I know is he had double lung failure. His lungs were so bad that he couldn’t qualify for a transplant, so after, as I heard the story, whether it’s totally accurate or not I don’t know, that they took him off his machine to see if he could kick out himself as that’s about the only chance he had.

It just obviously didn’t work, so [it’s] a sad time for all of us. Again, he impacted so many of us on our roster that kind of went off the radar and so he’ll be very missed.”

Also Read: “They aren’t being fully transparent” – WCW Veteran Asks Brodie Lee’s Family To Reveal The Real Cause Of His Death