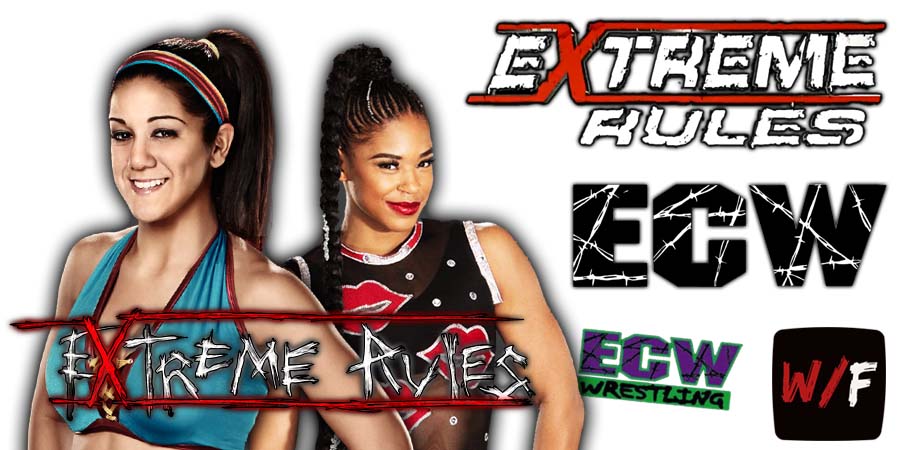 • History Will Be Made At WWE Extreme Rules 2022

– History will be made at Extreme Rules 2022: Bianca Belair vs. Bayley for the RAW Women’s Championship will be the 1st ever one-on-one women’s ladder match on the WWE main roster.

– After Friday’s SmackDown went off the air, Gunther defeated Shinsuke Nakamura to retain the Intercontinental Championship in the dark main event.

– Ronda Rousey comments on Saraya (fka Paige in WWE) joining AEW: “I did see that and I’m so happy for her.”

– Card for this coming Friday’s episode of SmackDown, which will be the Season Premiere:

Gunther (c) vs. Sheamus for the Intercontinental Title