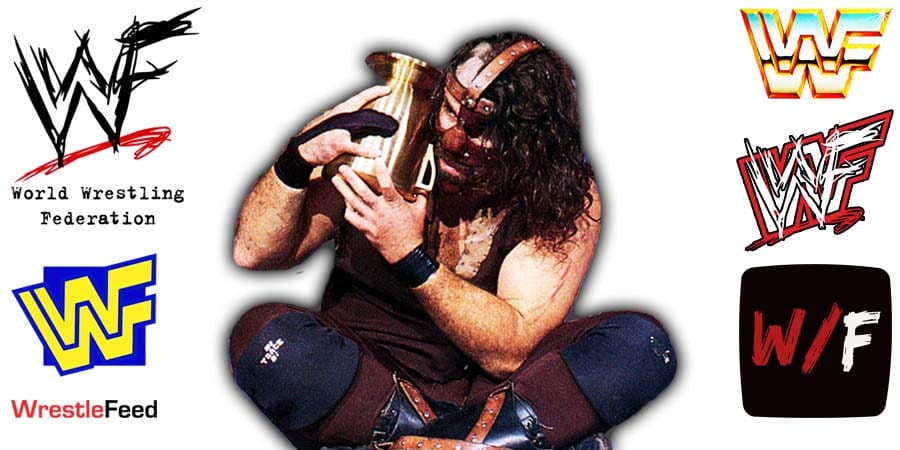 Famous Hollywood Actor Kevin James recently appeared on an episode of the YouTube chat show ‘Hot Ones’, where he revealed that he “had some battles” with Old School WWF Legend Mick Foley back in the day, when they went to the same high school and actually wrestled each other there.

A lot of fans remember Kevin James from his roles in the 2005 movie ‘Hitch’ alongside Will Smith, as well as co-starring in several Adam Sandler movies, but the role that made Kevin famous to begin with was starring in the 1998–2007 series ‘The King of Queens’.

Here’s what the heavyweight actor had to say about the man formerly known as Mankind, Cactus Jack and Dude Love:

“You know, I played football, I was a running back on the team and I never wrestled really before. But they needed a heavyweight, they didn’t have a heavyweight to go with Mick.

So they brought me over and we used to have some battles! I’d kind of throw him around a little bit, I think I was in better shape than him back then.

But that’s where the mind started developing. I remember him jumping off his roof onto some cardboard boxes. He was just doing these weird things and he’s the nicest guy ever! I mean, he’s incredible.

He writes children’s books, he does more for charity. Sweet, sweet guy. But, he’s just a little ‘off.’ He’s definitely a little off.”

3. Mr.Fuji & Don Muraco go to Hollywood to hire a agent