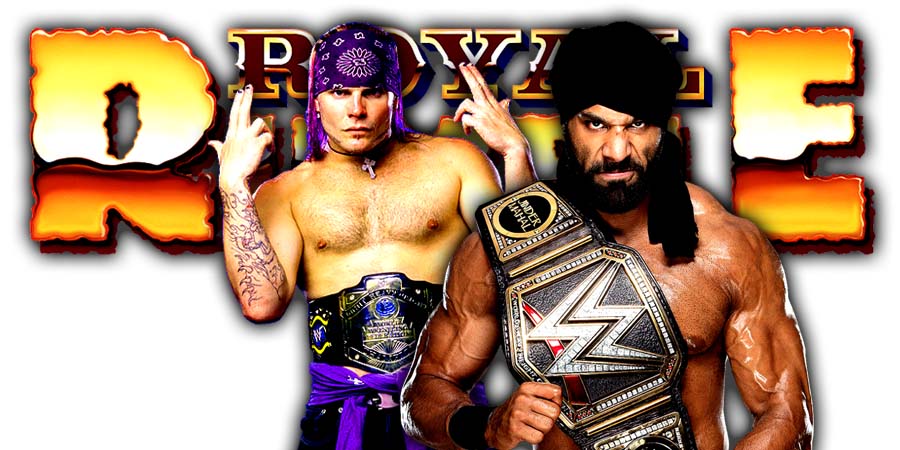 During a recent interview with The National, new SmackDown Live Superstar Samoa Joe talked about the Greatest Royal Rumble, wrestling in Saudi Arabia for the first time ever, his feud with Brock Lesnar & more.

On competing in Saudi Arabia for the first time ever at the Greatest Royal Rumble:

“It is going to my first time in Saudi Arabia and I am over the moon and excited about it. To have the chance to experience a new place and a new culture first hand is always a great opportunity.”

On his intense approach to his feud with Brock Lesnar last year:

“I watched grown men tap dance around Brock Lesnar because they are scared of him. There is an edict in the company that Brock Lesnar is a thing to be feared at all times and all this. I fear no man. I don’t believe in and respect anyone who fears other men.

You know, Brock Lesnar is like everybody else in the world. You go out, you smash him in the face, get in the grill. You have to get up close and personal with Brock Lesnar. If you are going up against a monster you better be a monster yourself. You have to have a monstrous fury in your heart because that is what it is going to take to beat that guy.

I am not done with Brock Lesnar. Brock Lesnar knows that. He knows I am not scared of him.”

• How Many Titles Are Expected To Change Hands At Greatest Royal Rumble?

According to the betting odds provided by Bet Wrestling, the Universal Championship is the only title that is expected to change hands today at the Greatest Royal Rumble event.

It should be noted that the RAW Tag Team Titles are currently vacant, so obviously a new champion will be crowned in that match.

Below are the betting odds: