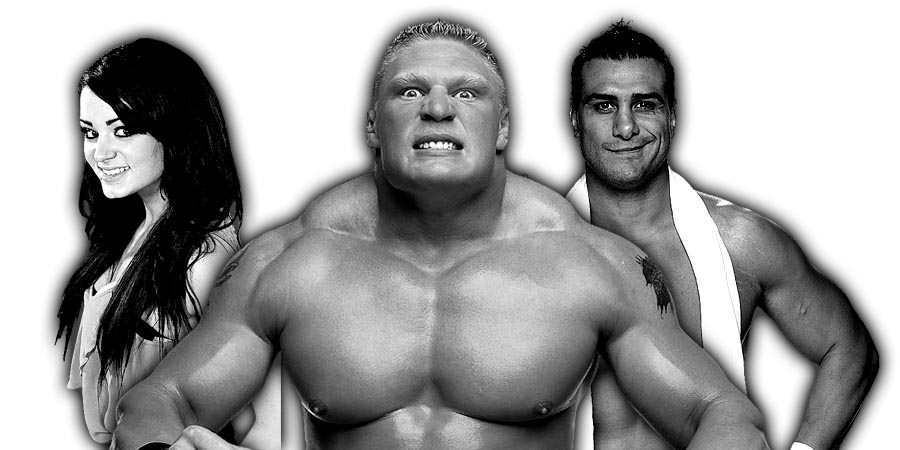 Let’s take a look at the top 20 news stories of the day from the world of WWE (SummerSlam 2017, Alberto Del Rio, Paige, Goldberg) & Professional Wrestling:

20. Stone Cold Steve Austin Explains Why He Wishes WCW Was Still Around, Brock Lesnar Helping Samoa Joe Get Over

During a recent edition of The Steve Austin Show, Old School WWF Legend Stone Cold Steve Austin talked about the importance of competition in Professional Wrestling, Brock Lesnar – Samoa Joe feud & more. Below are the highlights:

On why he wishes WCW was still around:
“I think competition is paramount. I wish there was WCW around. It was so fun back in the Monday Night Wars, to go head-to-head with those guys. They were pulling out everything but the kitchen sink. We were doing the same, and they kicked our a$$ in the ratings for about two years. Then, we turned the tables on them. The product was at its absolute best or was at least striving to be from a writing and performance standpoint and from a storytelling standpoint. So competition is key. WWE is the holy grail. It is the major leagues. It always has been. And WCW put up a valid fight back in the day. Back in the day, I was in WCW fighting WWF! So competition is king. I wish there was another federation for WWE.”

On who he would like to work for out of the following choices – Shane McMahon, Stephanie McMahon, Eric Bischoff, and Paul Heyman:

“Man, I’ll tell you what, that’s one heck of a list of names right there. Goddang, that’s a hard one! If you know anything about me, you know that I’m a Paul Heyman guy. When you look at that list of names, I have tremendous chemistry with Eric Bischoff, with Stephanie, and with Shane. Shane has probably taken 100 Stunners from me. I have outstanding chemistry with all of those people, but with Paul Heyman, going back to my days in ECW, when he first helped me out learning how to cut a promo, helped me focus, and help me start to really define or scratch and wonder who or what I was as an entertainer and not just be a guy named ‘Stunning’ Steve Austin. I really enjoyed working with Paul so much.”

On Brock Lesnar helping Samoa Joe get over:

“Man, I think Brock is such a great business guy and I think there’s mutual respect there. And I think that Paul E. probably loves Joe. And I just think, yeah, they’re trying like hell to help get this guy over to the next level. Joe has done a great job of getting himself over and just going down that road of the intensity level that I wanted to see from Joe.”