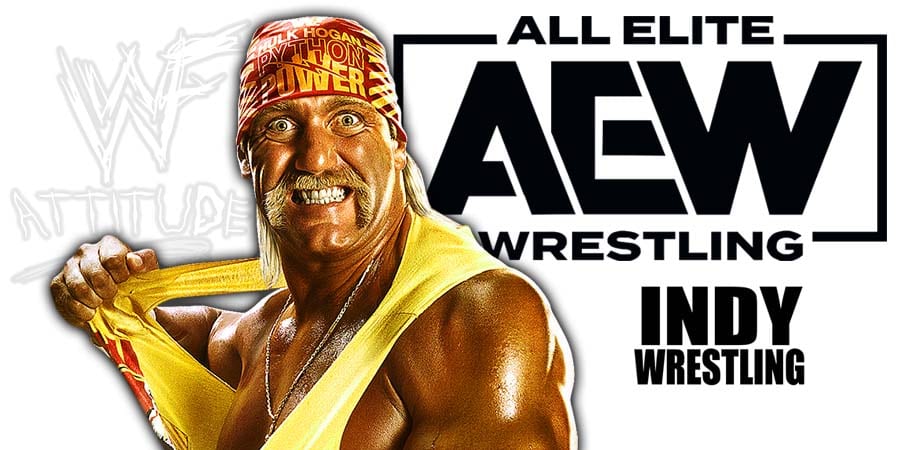 The PPV’s main event was a so called ‘Stairway to Hell match’ between ECW icons The Sandman & Sabu.

• Hulk Hogan Comments On Kenny Omega Not Coming To WWE

With former IWGP Heavyweight Champion Kenny Omega’s contract with New Japan Pro Wrestling expiring at the end of this month, word going on is that Omega will now sign with All Elite Wrestling, not WWE.

During a recent interview with Sports Illustrated, WWE Hall Of Famer “The Immortal” Hulk Hogan discussed this situation involving Omega and said the following:

“It’s tough to go your whole life without eating at McDonald’s or riding in a Chevrolet. If you don’t touch on the WWE, the story’s not complete. But maybe Kenny could be the exception.”