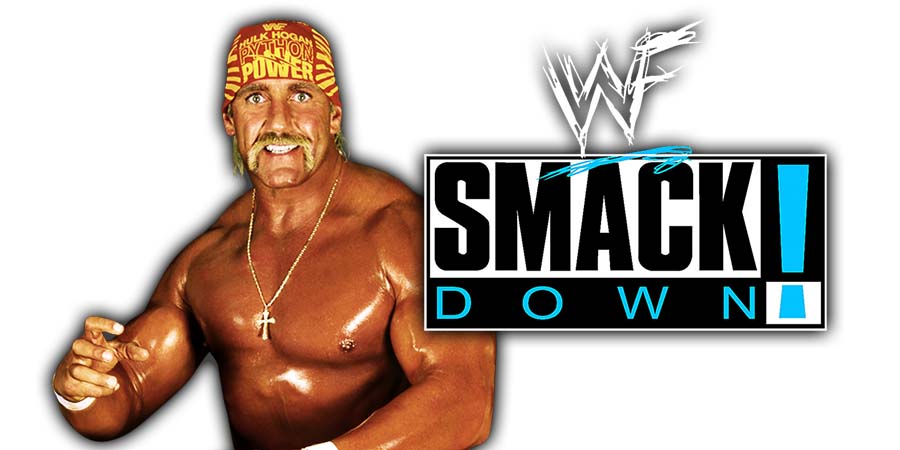 “Whatcha gonna do when Hulk Hogan and Hulkamania run wild on you this Friday night?

That’s right — the WWE Universe will get to see The Hulkster himself this week on SmackDown! Hogan will appear to discuss his upcoming induction into the WWE Hall of Fame as a member of the nWo.

What will The Hulkster have to say less than two months ahead of the Hall of Fame Induction Ceremony? Find out by tuning in to SmackDown this Friday night on FOX at 8/7 C!”

• Matt Hardy To Compete In A Gimmick Match On RAW

Attitude Era Veteran Matt Hardy will face Randy Orton in a “No Holds Barred” match on next week’s RAW.

“This past Monday on Raw, Randy Orton subjected Matt Hardy to the same brutal Con-Chair-To that sent Edge out of Raw on a stretcher. Now, Hardy is coming for payback.

In the wake of Orton’s heinous attack, the former Raw Tag Team Champion is now slated to battle The Apex Predator in a No Holds Barred Match, placing Orton directly on a collision course with his most recent victim — to say nothing of a Superstar who refuses to take the abuse lying down.

After all, Hardy is as much a trailblazer as Edge, and his history is almost completely entwined with that of The Rated-R Superstar. Then again, Randy Orton seems to take a particular delight in destroying legends these days. He’ll be more than happy to do it again.