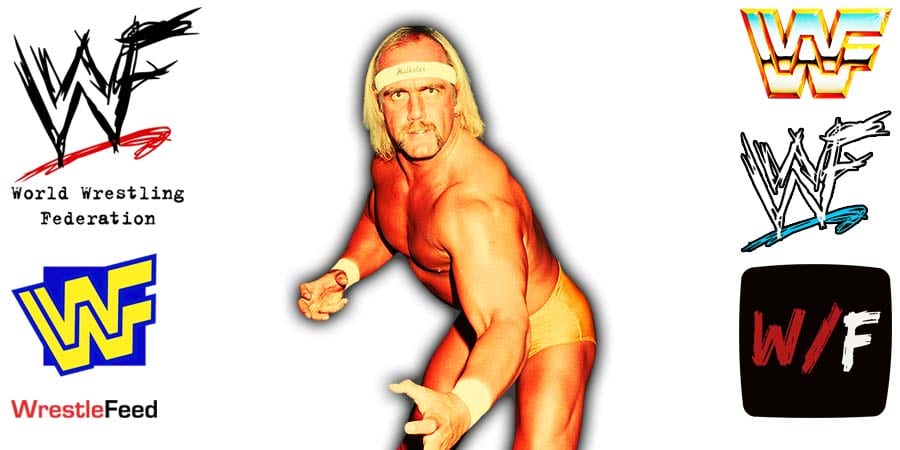 • Hulk Hogan Was Not Able To Tell The Bella Twins Apart

Old School WWF Legend Hulk Hogan recently spoke with E! News and revealed an incident that had him mixing up WWE Hall of Famers The Bella Twins (Nikki & Brie).

The Bella Twins used to play their famous ‘Twin Magic’ during matches in their early years in the WWE, but later it became easy to tell them apart after Nikki got breast implants.

Here’s what the Hulkster said:

“I also have been able to tell Brie and Nikki apart. It’s really easy.

Hulk Hogan & Bella Twins were part of the WWE Hall Of Fame Class Of 2020 (this was Hogan’s 2nd WWE Hall Of Fame induction) and also appeared in a segment together at WrestleMania 37 earlier this month.

On this day in Pro Wrestling history on April 24, 1991, the World Wrestling Federation aired ‘UK Rampage 1991’ LIVE on Sky Sports from the London Arena in London, England.

This was the 2nd “UK Rampage” event the WWF aired on British television between 1989 and 1993 (even though the first one didn’t include the “Rampage” name yet).

– The Rockers defeated The Orient Express

– The British Bulldog defeated The Berzerker