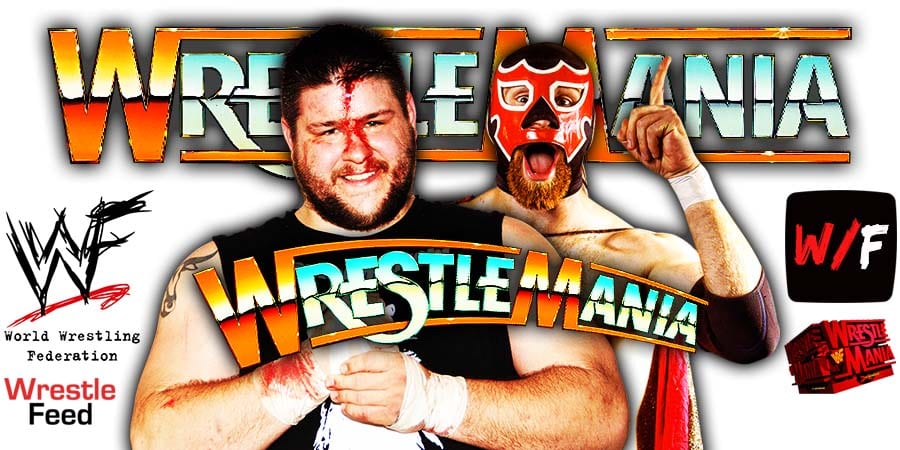 • “I actually got f***ed up. It’s real” – Logan Paul On Getting Physical At WrestleMania 37

At WrestleMania 37, Kevin Owens defeated Sami Zayn. Zayn got in Logan Paul’s face after the match and Logan shoved him down.

After that, Owens hit Logan with a Stunner. You can watch it below:

During the latest episode of his Impaulsive podcast, Logan had the following to say about taking a Stunner at WrestleMania 37:

“I had people come up to me and were like, ‘Yo, you sold the sh*t out of that Stunner.’

Sold? I actually got f***ed up. It’s real. Going there, that’s one of the things I realize about WWE, these motherf***ers go so hard and are literally beating the sh*t out of their bodies, throwing themselves distances no man should ever travel [in the air]. I’ve never seen anything like it.

The whole ‘it’s fake narrative’ has died because people realize it’s real and it’s a skillset. I witnessed it with the Stunner.

As soon as I did it, the ref comes over and is like, ‘Are you okay?’ I’m like, [in pain] ‘Yeah, I’m fine’ because it looked real and I committed myself to it.

Hopefully, one day, I’ll get my revenge on Kevin Owens. It was awesome. I haven’t had that much fun in a while. I was walking backstage after the Stunner and giggling the whole time, just having so much fun.

Logan also had the following to say about Bad Bunny’s WrestleMania 37 performance:

“Did you see Bad Bunny? Never seen anything like it. One of the best, if not the best celebrity WWE performance ever. He’s a star.”

– Reese vs. The Barbarian