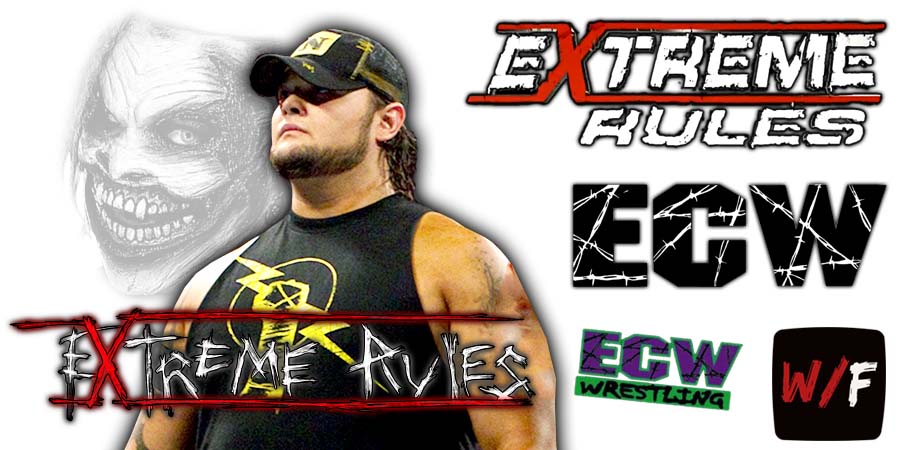 Bray Wyatt returned to WWE at Extreme Rules 2022 and it looks like he’ll have a different alter-ego gimmick this time.

While the fans are thrilled to see Wyatt back, Old School WWF Legend Jim Cornette isn’t a fan of Wyatt’s gimmick.

“The people love him, but I don’t know what this has to do with wrestling.

I guess Philadelphia again would be the place where anybody would want to see anything loony in wrestling. But, maybe there’s a good horror movie in this gimmick, I don’t know, but I just I don’t see what the f**k.

When you’ve got the babyfaces in this equation – and I guess now he is a babyface – because people love him.

But when you’ve got a supernatural guy with living puppets that invade the babyfaces’ f**king spaces and they’ve got to act like that they are legitimately concerned about the animal puppets and the, you know, Presto the Magic Clown f**king kids show set.”

Seth Rollins recently said the following about Wyatt’s Fiend gimmick during an interview with BT Sport:

“The [Fiend] character was just difficult. If you look at anybody that worked with the Bray Wyatt character for an extended period of time, they didn’t come out of it better than they went in.

It was very difficult to have a story with him where aside from Randy, it was difficult for anyone. I think maybe Daniel Bryan might have escaped a little unscathed, but I mean everyone else pretty much met a dire end for their character.

I mean that was the end for the Seth Rollins character as you knew it. The Beast Slayer character, you know?

It was tough figuring out how to tell a good wrestling story with that character. I was not good at the phenomenology stuff. I wasn’t able to interweave that with reality enough to make what I felt was a captivating story.”

Wyatt will make his next appearance on WWE programming on this Friday’s episode of SmackDown.