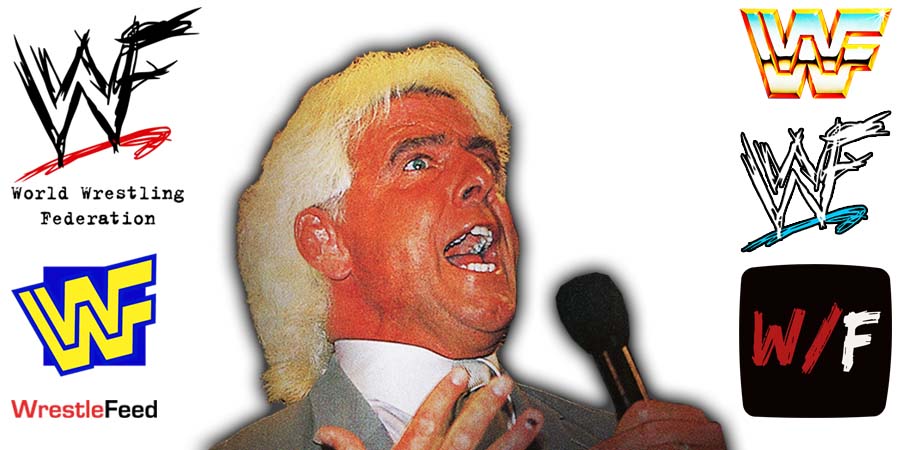 On July 31st 2022, Ric Flair had his last match, where he teamed up with his son-in-law Andrade El Idolo and defeated the team of Jeff Jarrett & Jay Lethal.

Flair passed out twice during this match due to dehydration.

For several months after the match, Flair sort of teased wanting to wrestle yet another (last?) match, without explicitly saying so though.

On an episode of his weekly ‘To Be The Man’ podcast, the 16-time World Heavyweight Champion cleared up that rumor and stated that he has no desire to ever wrestle another match.

Here’s what Ric had to say:

“I don’t know why they keep saying I’m begging for another match. What I have said to you repeatedly is I wish I could redo that match.

I’m not begging for another match. I don’t want to wrestle again. I have no desire. I wish I had that match to do over again is what I’ve said repeatedly.”