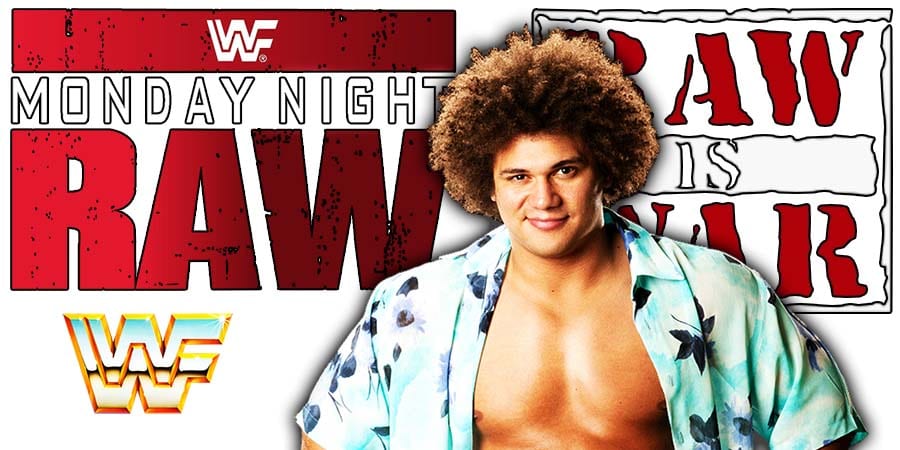 The first WWE RAW of 2021 was a Legends Night special, which featured appearances from a lot of legends. However, not all of the past names that were advertised for the show appeared on it.

WWE had announced that Mick Foley, Kurt Angle, Carlito and Candice Michelle would also be a part of the Legends Night, but the four of them were not there.

On PWInsider Elite, Mike Johnson reported that Carlito denied the appearance because he wasn’t interested in just making a short cameo on the show.

“I was told Carlito found out he was just getting a cameo, and said ‘Hey, but thanks, when you want me to come wrestle or do something, I’m happy to do it. I don’t want to travel across the country, just to do a 2 minute cameo.’”